Go to the Nervous System Page

It is a good thing that our brains take care of a lot of functions in the absence of conscious control.  Could you image how exhausting it would be if you had to remember to breath, to blink and to tell your heart to beat at least once every second?  Not to mention all of the maintenance of blood pressure and digestion you would have to stay on top off mentally or you would quickly be in dire need of medical attention. Our autonomic nervous system takes care of all of the breathing, heart rate, blinking, maintaining blood pressure, digestion and more with us being aware so we can concentrate on other things.... like anatomy class! 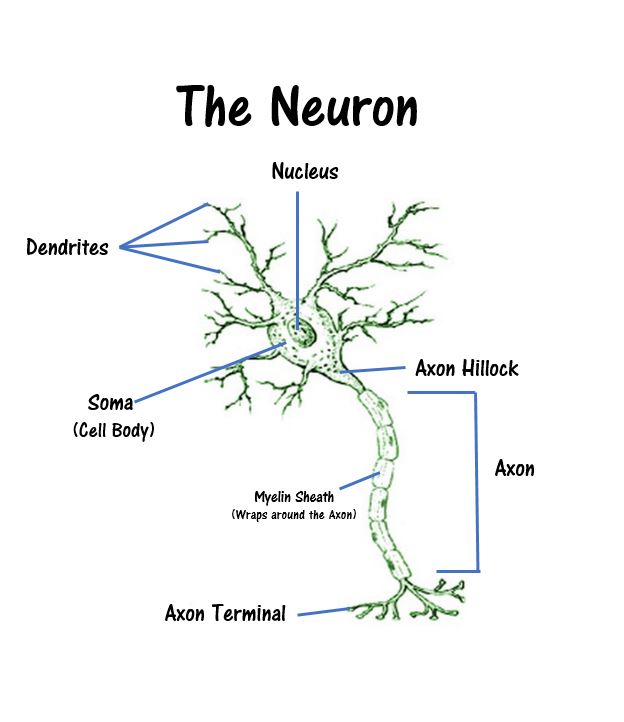 The remainder of our discussion will focus on the somatic nervous system which is under conscious awareness or control.
As mentioned earlier. the somatic nervous system has 2 divisions; 1) sensory and 2) motor. Let's briefly look at these divisions and look at how information flows.
The primary function of nervous tissue is communication. The sensory division of the somatic nervous system functions to sense the external environment (temperature, pressure, pain, etc.) and the internal environment (hunger, sense of balance and position in space, alertness, etc.) and to communicate that sensory information to the brain.
Sensory information about the external and internal environments is obtained by specialized sensory receptor cells (receptors) that will respond to specific sensory stimuli by firing an action potential. For example, photoreceptors in the retina contain a photosensitive molecule (pigment) that responds to light by physically changing its shape (or undergoing a conformational change) which leads to an action potential. Tactile or touch receptors (a type of mechanoreceptor) respond to being deformed or stretched by generating an action potential. 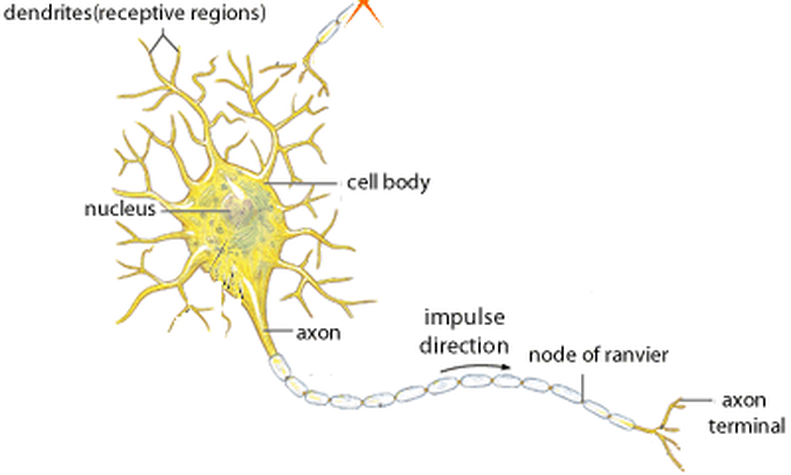 We have specialized receptors for the sense of sight, sound, smell, touch, taste, and proprioception (your body's position in space). These receptors respond to their specific stimuli by generating an action potential. But then what? If that information never reaches your brain, you will never be aware that anything was ever sensed. So, now we need to discuss how the information travels from one neuron to another, in order to get the sensory information to the brain for processing.   ​

The Steps of Neurotransmission 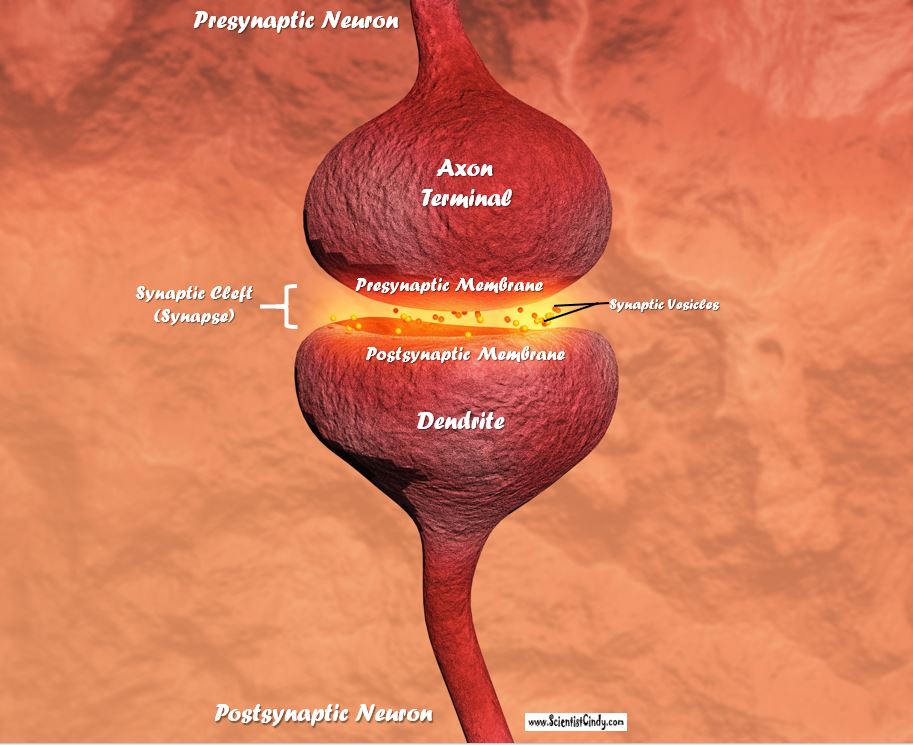 The abbreviated version of the steps of neurotransmission are as follows: 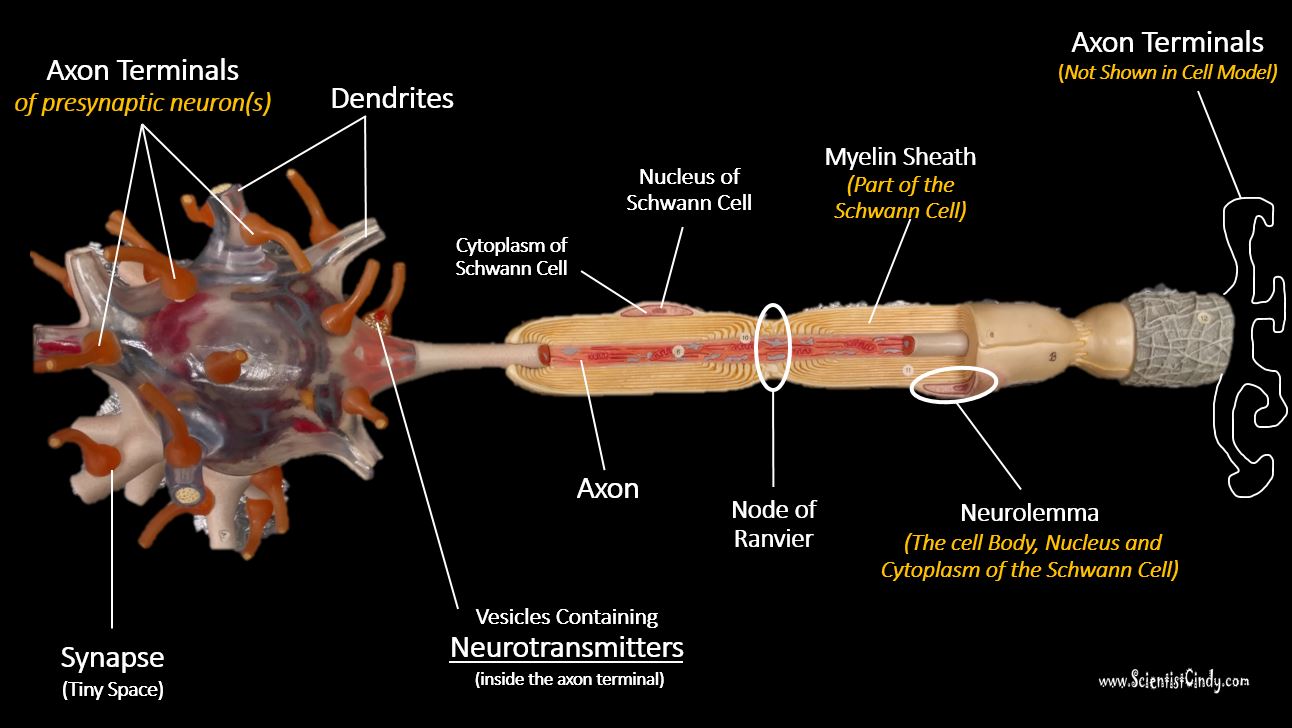 A thin axon arises from an axon hillock.  Both are recognizable by their pale axoplasm, which is pale because basophilic ribosomes are absent from axoplasm. 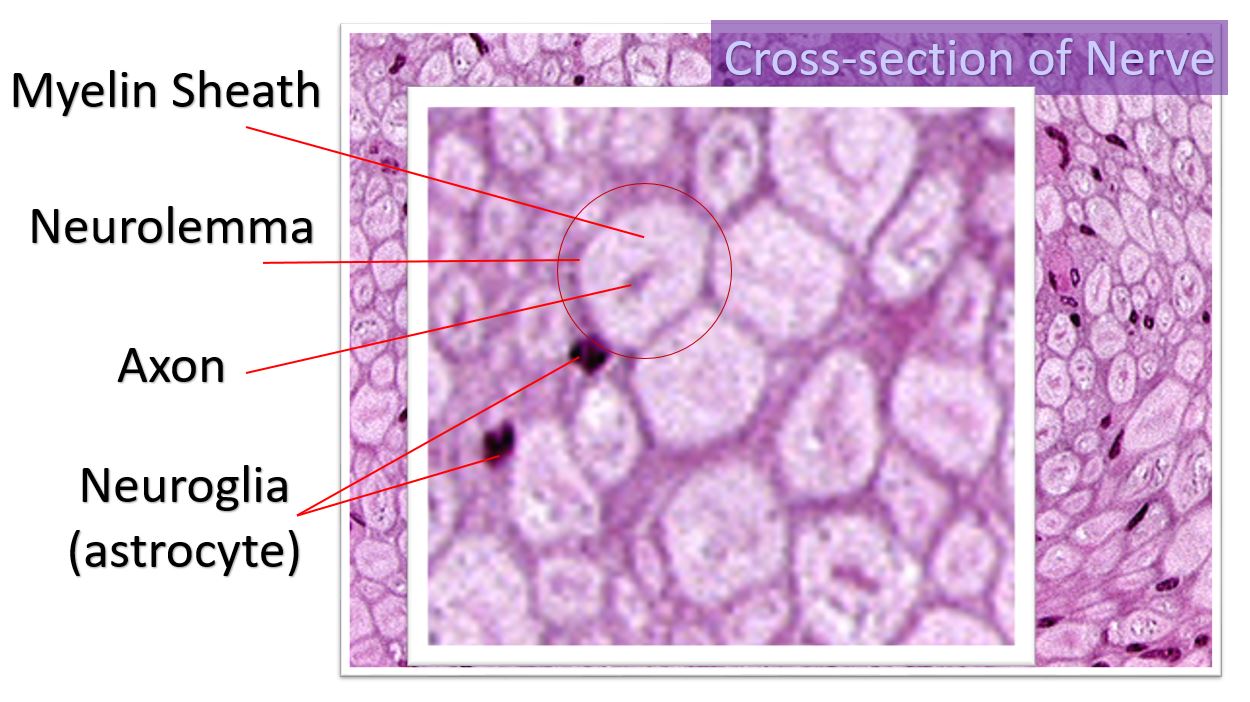 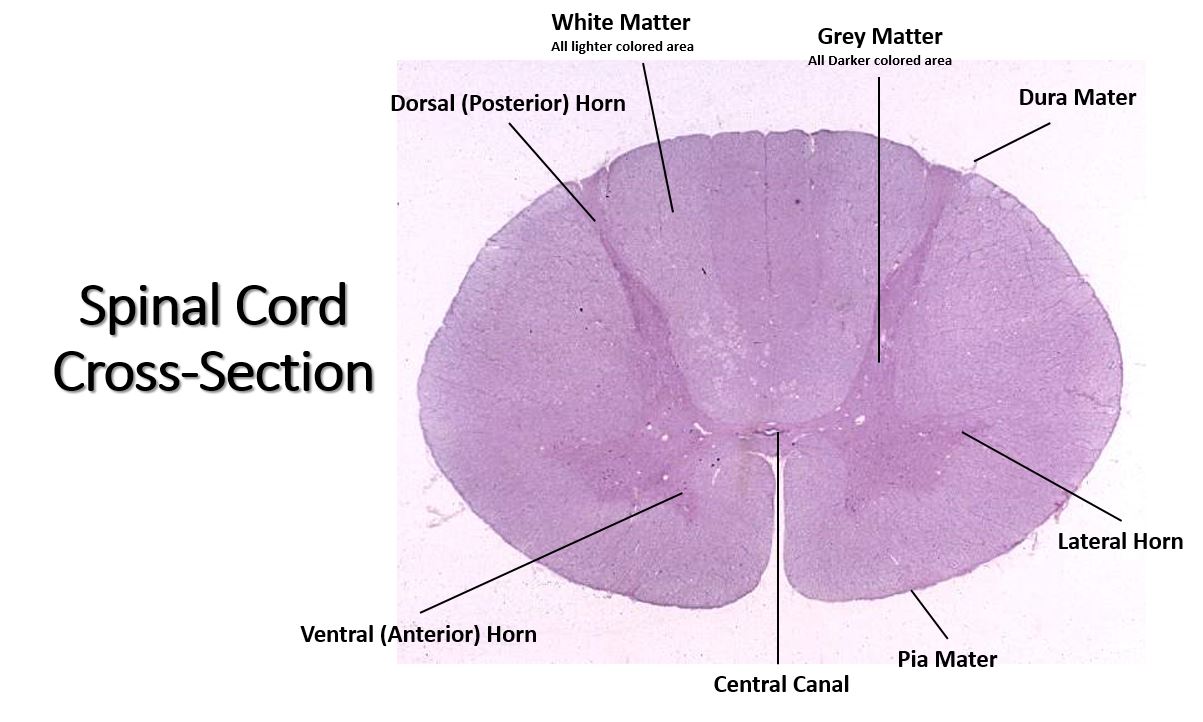 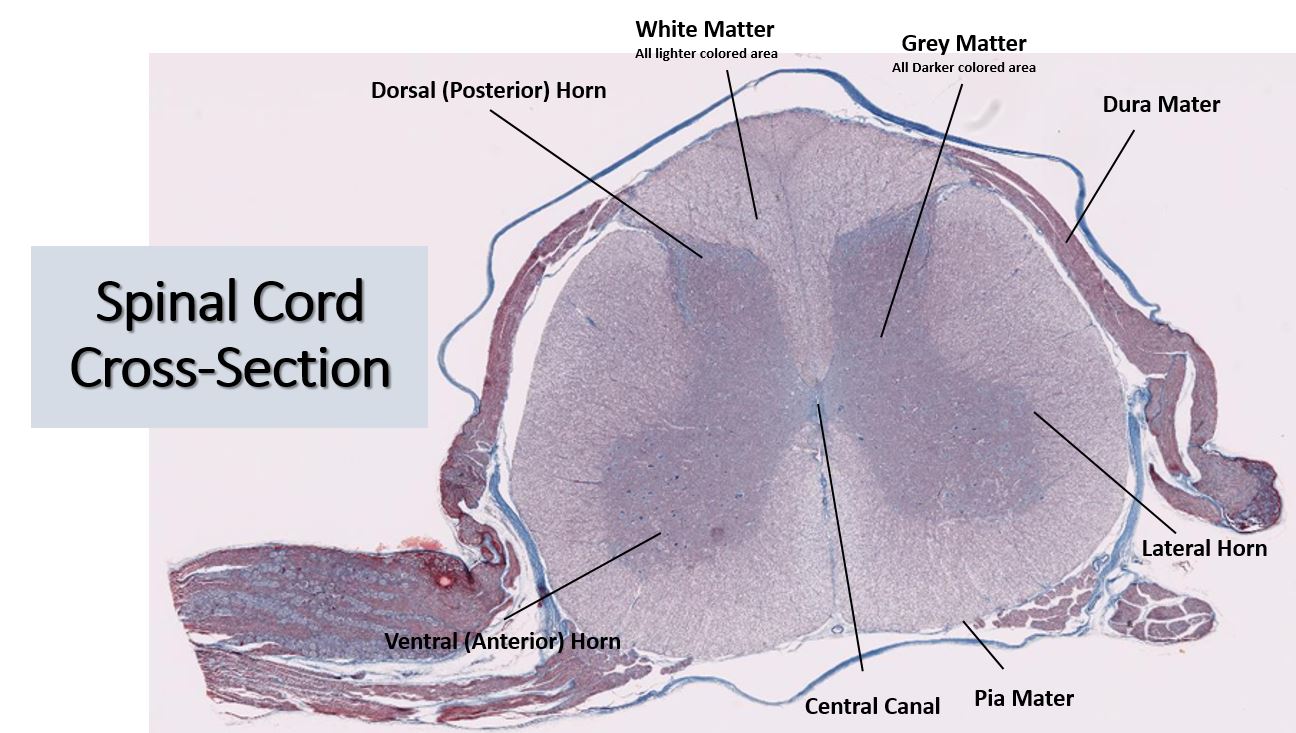 Diagram of Meninges of Brain