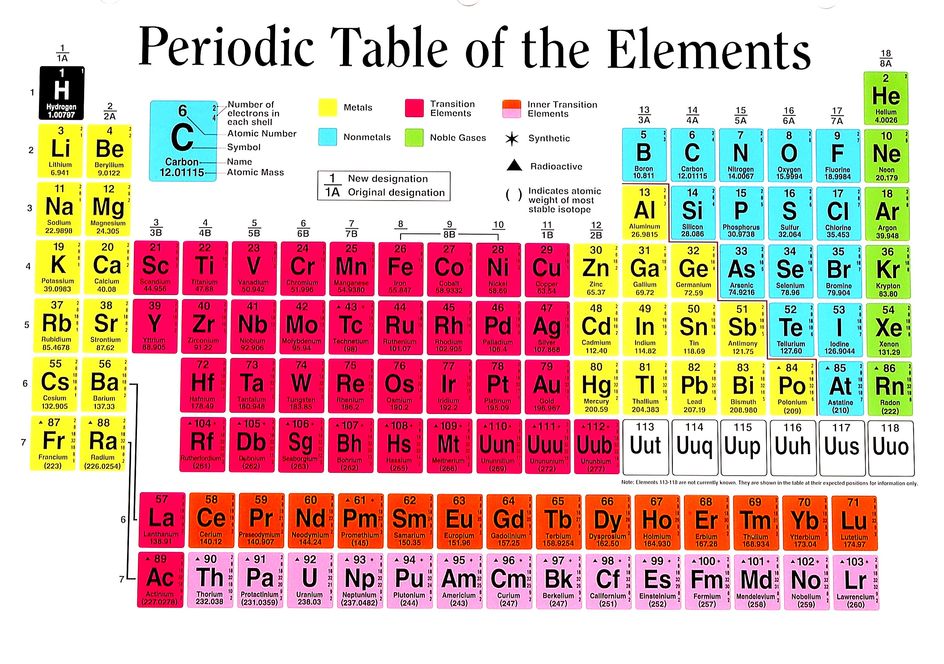 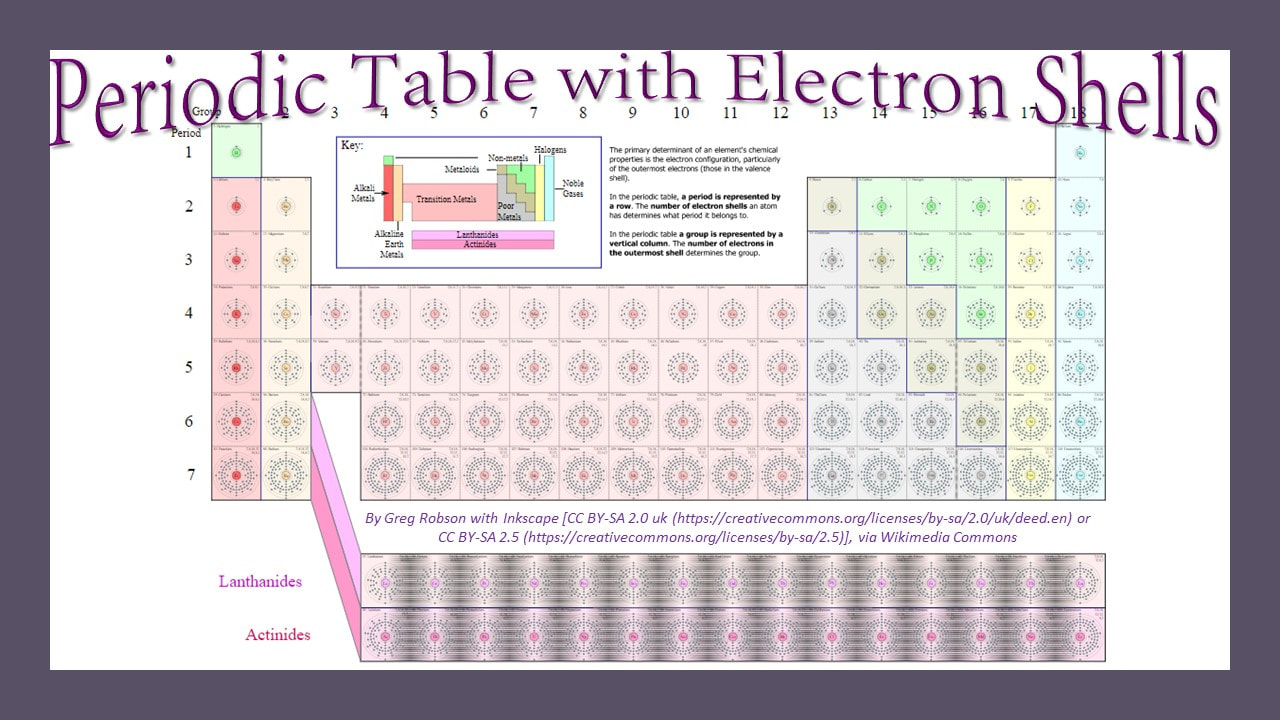 Whenever electrons are added to an atom, they will be added to the lowest possible energy level (or shell) first, until that shell is filled, before moving on to higher energy levels.
We get a great deal of valuable information from the periodic table. The periodic table is set up numerical order (from left to right) according to the number of protons (a.k.a. the atomic number) in the nucleus. Since atoms are neutral, we know that the number of electrons will be equal to the number of protons. 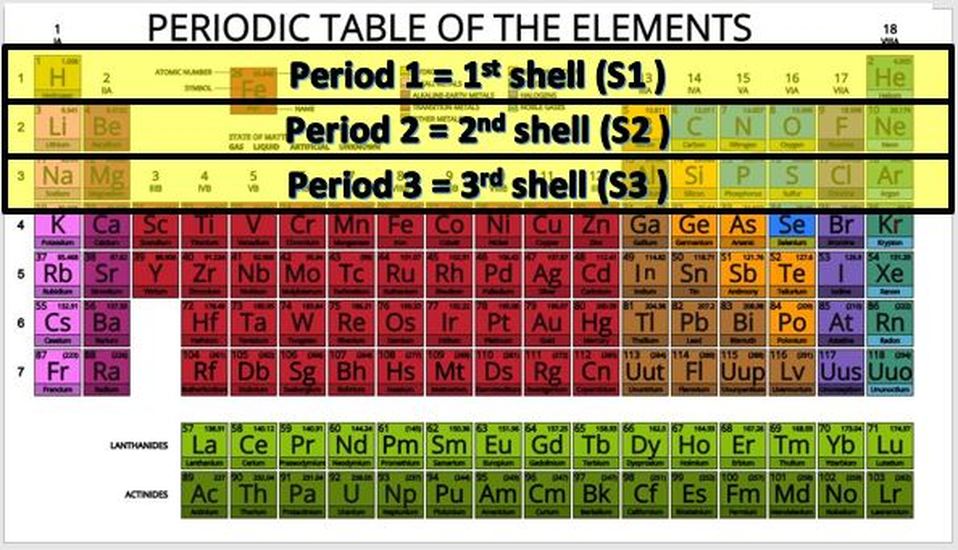 ​   The rows (called periods) are organized according to the electron shells that the electrons of the atoms in that row occupy. For example, in period 1 (or row 1), we have only hydrogen (H) and Helium (He). Row 1 elements are made up of atoms that have electrons in the lowest energy level, which is the S1 shell. The S1 shell is able to hold a maximum of 2 electrons. ​
For elements having more than 2 electrons, we have to go up to a higher energy level, which is the next shell. This shell is called S2 and is represents as row 2 or period 2 on the periodic table!  The 2S shell is larger than the S1 shell and can hold more electrons. In fact, it can hold up to a total of 8 electrons.
The chemical attraction between the negatively-charged electrons in the electron shells and the positively-charged protons in the nucleus, gets weaker as the distance increases. At the same time, the electrons are repelled by any other electrons that they might get close to. When put all this together, we consider each shell to be a lower energy level as they progressively get further away from the nucleus.
The S3 shell begins to be filled up with elements on the 3rd row (or period) of the periodic table.  In biology, we are concerned mostly with elements in the first few rows of the periodic table, because these contain the essential elements for life. In fact, 96% of all living matter is composed of carbon, hydrogen, nitrogen and oxygen!
The electrons in the outermost shell called "valence electrons" are of special concern to chemists and biologists. Valence electrons can interact with other atoms resulting in chemical bonding. The number of valence electrons can be predicted using the periodic table as well. Here's how! 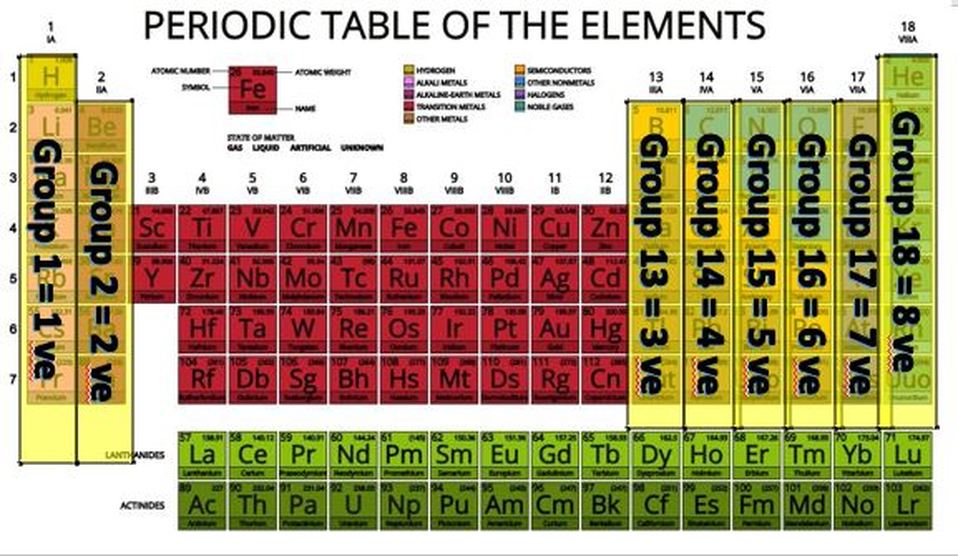 ​   An ionic bond, is when one atom "STEALS" one or more electrons from another atom. When this occurs, both atoms end up with a charge. A charged atom is called an ION. A positively-charged ion in called a CATION and a negatively-charged ion is called an ANION.
For example, let's look at sodium (Na) and chloride (Cl).
​     This is why sodium and chloride are such a great match! Sodium has an electron that it really wants to get rid of and chlorine really wants to gain an electron. When these 2 react, they both end up happy as SodiumChloride (NaCl) or salt!