Before the invention of the electron microscope, cells were generally classified as either plant cells or animal cells. The reason for this, is that plant and animal cells are relatively large eukaryotic cells that could be easily seen using the magnifying power of the compound light microscope. As science and technology continued to advance, smaller cells were discovered. These included protists, fungi and bacteria.

Prokaryotes vs Eukaryotes    After the invention of the electron microscope, it soon became clear that bacteria (and much later, archaea) are indeed cells, similar to the plant and animal cells already known at the time. However, there were fundamental differences between these bacteria cells and the eukaryotic cells, which include the cells of plants, fungi, algae and animals.

The 5 kingdom system was in place for while as one of the more successful classifications of the 20th century.

In 1977, evolutionary biologist Carl Woese, discovered a new type of cell that existed as a single-celled organism. Carl Woese made this discovery during his work comparing the nucleotide sequences of different types of cells, to uncover phylogenic relationships.
Following the initial discovery of different ribosomal subunit found in archaeal cells, more differences were soon discovered as well.  These discoveries confirmed that these cells were indeed in a category ALL THEIR OWN! Some of these differences include...
Eventually, in light of the overwhelming scientific evidence, the taxonomic structure was finally reorganized into the 3-domain system we know today. To further distinguish the archaebacteria as a separate domain from bacteria, the name was changed to simply, "archaea". 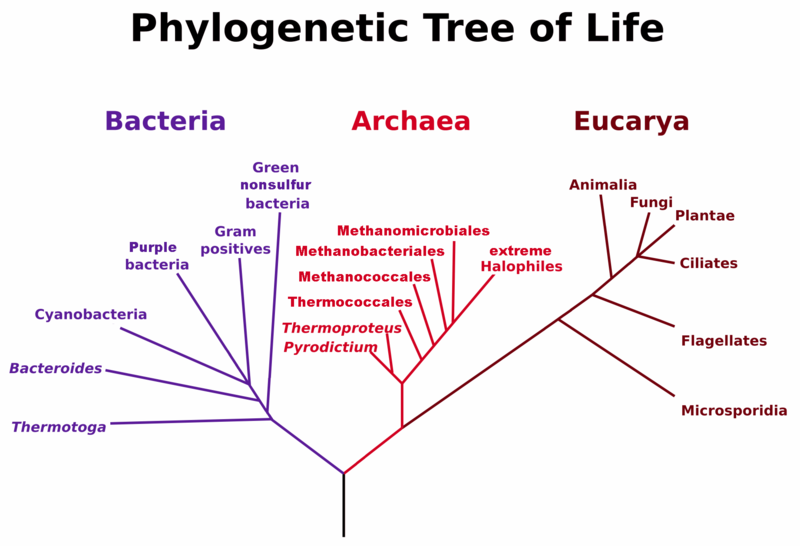 ​Archaea have the same general appearance as bacteria, but upon further examination, archaeal cells have more in common with eukaryotic cells than bacteria cells. Despite their differences, all of the organisms in both the domain bacteria and the domain archaea are entirely made up of prokaryotic organisms. The names given to the two cell types derive from Greek words: ProKaryotic = ‘before nucleus’ EuKaryotic = ‘true nucleus’

The Cell Membrane of Bacteria and Eukaryotic Cells

The cell theory states the following:
all life is composed of one or more cells
cells arise from other cells
​The cell membrane protects the cell by creating a barrier between what is inside the cell and what is outside the cell.

The structure of the cell membrane in bacteria cells and eukaryotic cells is very similar.

Comparing the Phospholipids of
​Archaea to Bacteria Cells

Archaea are extremely diverse and have adapted to many extreme habitats. Some forms have evolved to survive off of odd forms of nutrition such as sulfur and cyanide. Many members of the Archaea are found in extreme environments and are called "extremophiles". Some species of archaea can be found inside glacial ice in freezing temperatures. Others are found in deep-sea thermal vents feasting on sulfur bubbling up from the Earth, in a habitat where sunlight never reaches. Some species called thermophiles love the heat and are able to grow at temperatures well over 100 ◦C, that would boil water. There are examples of archaeal organisms that can survive or even prefer extreme levels of salinity, pH, or pressure.

Peptidoglycan (cell wall) Provides bacterial shape and rigidity. The cell wall consists of alternating units of N-acetylglucosamine and N-acetylmuramic acid. The polysaccharide chains are cross-linked by a peptide bridge. It is a primary target of antimicrobial therapy – because it is specific to prokaryotes.

If they have a cell wall, it will contain some amount (either thick or thin) of peptidoglycan. 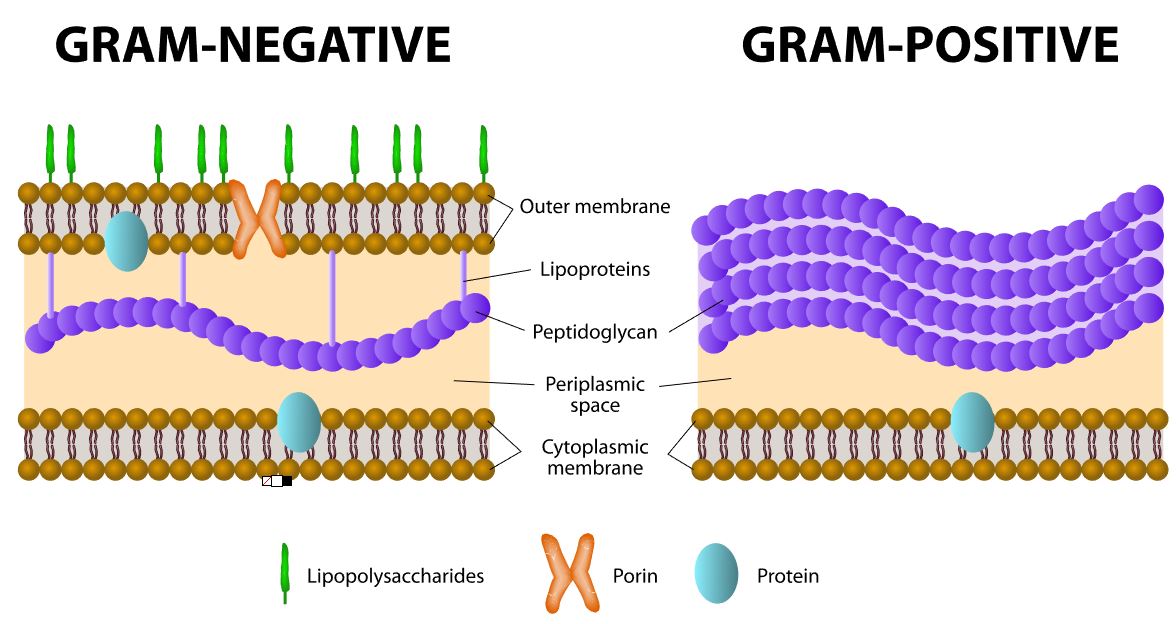 ​Slime (extracellular polysaccharide): This is extracellular material, loosely associated with the bacteria, that is elaborated by some bacterial species that facilitates colonization of smooth, prosthetic surfaces such as intravascular catheters. Binary Fission MID 1 2)
Capsule: This polysaccharide outer coating of the bacterial surface often plays a role in preventing phagocytosis of bacteria.

Like bacteria, archaeans have no internal membranes and their DNA exists as a single loop.

As with other living things, archaeal cells have an outer cell membrane that serves as a barrier between the cell and its environment. Within the membrane is the cytoplasm, where the living functions of the archeon take place and where the DNA is located. Around the outside of nearly all archaeal cells is a cell wall, a semi-rigid layer that helps the cell maintain its shape and chemical equilibrium. All three of these regions may be distinguished in the cells of bacteria and most other living things, but when you take a closer look at each region, you find that the similarities are merely structural, not chemical.
In other words, Archaea build the same structures as other organisms, but they build them from different chemical components. For instance, the cell walls of all bacteria contain the chemical peptidoglycan. Archaeal cell walls do not contain this compound, though some species contain a similar one. Likewise, archaea do not produce walls of cellulose (as do plants) or chitin (as do fungi). The cell wall of archaeans is chemically distinct.