Evolution: How Populations Change over Time

CCR5 is a type of receptor that exists on the surface of white blood cells,. Under normal conditions, the receptor functions to receive chemical signals from the tissues and organs of the body. The white blood cells use this information to survey the health of the body and look for signs of infection. The HIV virus exploits the CCR5 receptors and is able to bind to the receptors and enter the cells. HIV-immune individuals carry a mutated form of the CCR5 receptor which prevents the HIV virus from binding to it, which prevents the virus from infecting cells. 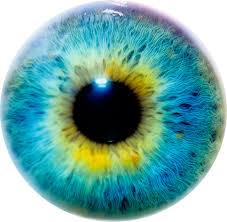 Goose bumps really serve no purpose to modern humans, but when we were much harrier, they probably served the same function that the arrector pili serve in other mammals.
The pili contract involuntarily when the mammal is either cold or feels threatened. This acts to keep the animal warm and to increase the size of its appearance to ward off danger. 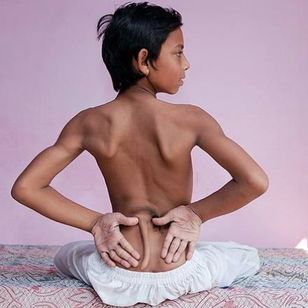 All humans develop a tail in early fetal development. However, for most of us, this tail regresses in the fetus around 8 weeks. A "true humans tail" has connective tissue, muscle tissue, nerves, and even blood vessels.

Your coccyx, better known as your tailbone, is the very last part of your vertebrae, and is the remnant of a lost tail. We all have a tail bone. Most people know that. But did you know that you also carry genes that encode for a tail too?  In the vast majority of people, these genes are essentially turned off by epigenetic factors. These genes, on occasion get "turned back on" and we get babies born with a tail-like appendage. Usually surgery is performed in infancy to remove the unneeded tail.

The genetically inherited trait that increases the survival of that species would persist through the process of evolution by NATURAL SELECTION. The genetic trait that evolves from this process increases the probability that the species will survive in that particular environment is called an ADAPTATION.

​A classic example of natural selection

By the end of the 1800's the light-colored trees became dark to the extensive pollution (soot deposits), causing most of the light-colored moths to be more visible to predators and, therefore, This caused a shift in the population of moths in which dark-colored moths became more common. ​
Evolution by natural selection results from four natural conditions:​

#1 High reproductive capacity. Each species produces more offspring than will survive to maturity. We only see the effects of natural Selection if some of the offspring survive to adulthood (breeding age) and some don't. 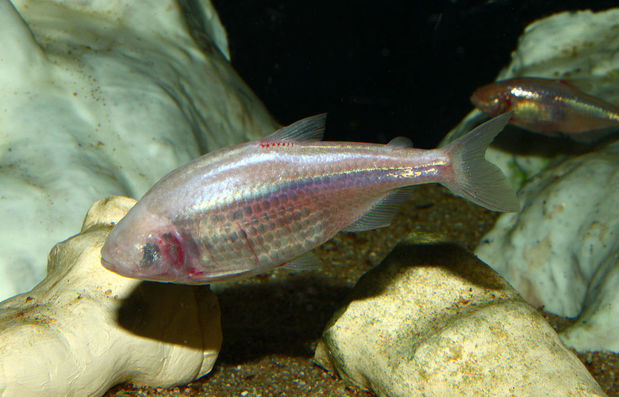 ​The blind cave fish is a great example of USE IT OR LOSE IT evolution. The blind cave fish is so named because of its lack of eyes! Hundreds of generations of fish ago, a fish, or group of fish,  swam into the deep dark caves of Mexico. This could have been in search of food or to escape predators, or even both. The fish thrived in the new, dark environment and continued to live there in the darkness generation after generation. Over time, these fish stopped developing eyes. The energy that the fish would usually have had to spend creating the anatomy needed for sight, as well as for processing visual information,  was now able to be reallocated to more useful functions. These fish also developed a type of sonar to assist their navigation in the dark, as well as other heightened senses. ​