Genetic variability in a population is extremely important for the long-term survival of that species. The idea is that if there happens to be some sort of cataclysmic event, (such as a viral outbreak, severe drought, sudden extreme changes in weather, etc.) there will be a portion of that population that happen to have necessary genes to survive the change.

​     Our genes are passed on, generation after generation. Our genes carry information that gets expressed as physical traits. This tangible expression of one's genetic makeup is referred to as one's PHENOTYPE, whereas the actual genes a person carries would be considered a person's GENOTYPE. You might not yet understand how there can be a difference between what genes a person has and how they are expressed and displayed as traits, but by the end of this lesson, you will! 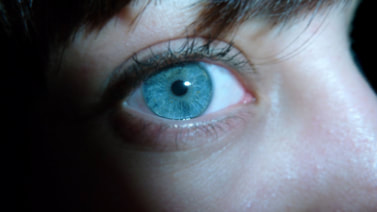 A phenotype is the observable characteristics or traits that are displayed in an organism according to their genotype. A phenotype is the result of a person's genotype.  A genotype is the actual genes the organism carries. Though phenotype and genotype are related, they are not the same thing. Let's look at why!
One set of your chromosomes comes from your mom that came from the egg that made you, and the other set came from your dad in his sperm that fertilized the egg. So you have 2 sets of 23 chromosomes, for a total of 46 chromosomes. Since you have 2 full sets of chromosomes, this means that you have 2 genes for each of your traits (one gene from mom and one gene from dad). 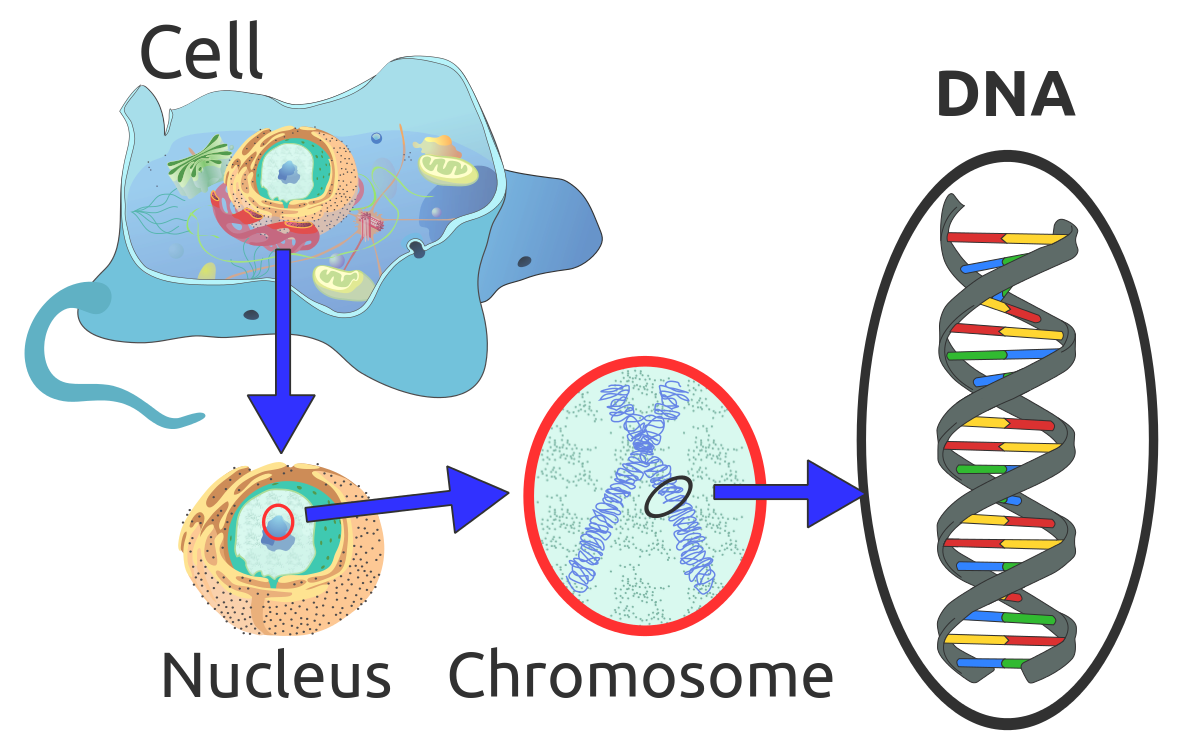 DNA is made up of molecules called nucleotides. Our DNA backbone contains sugar!

All of the genetic diversity in nature is due to different sequences of the four types of nitrogen bases that make up DNA..

These are adenine (A), thymine (T), guanine (G) and cytosine (C).
BASE PAIRING
Adenine binds with Thymine through 2 hydrogen bonds. 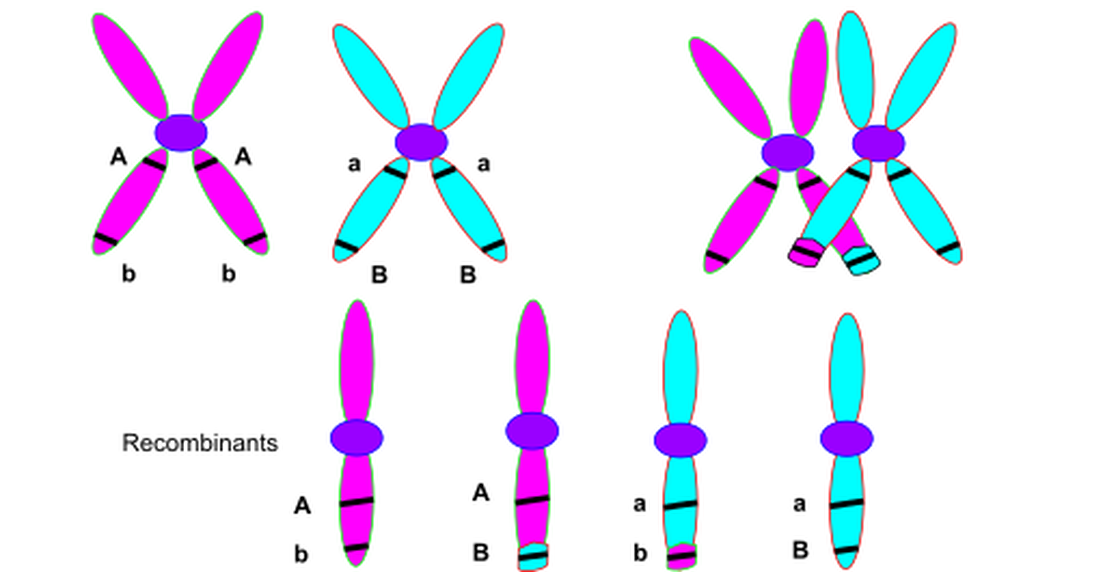 By Abbyprovenzano - Own work, CC BY-SA 3.0, https://commons.wikimedia.org/w/index.php?curid=26261468
Meiosis is the process by which eggs and sperm form. This way, when fertilization occurs, you get a new organism with 2 sets of DNA; one from each parent that have undergone genetic recombination. This increases the genetic variability in the offspring. ​ 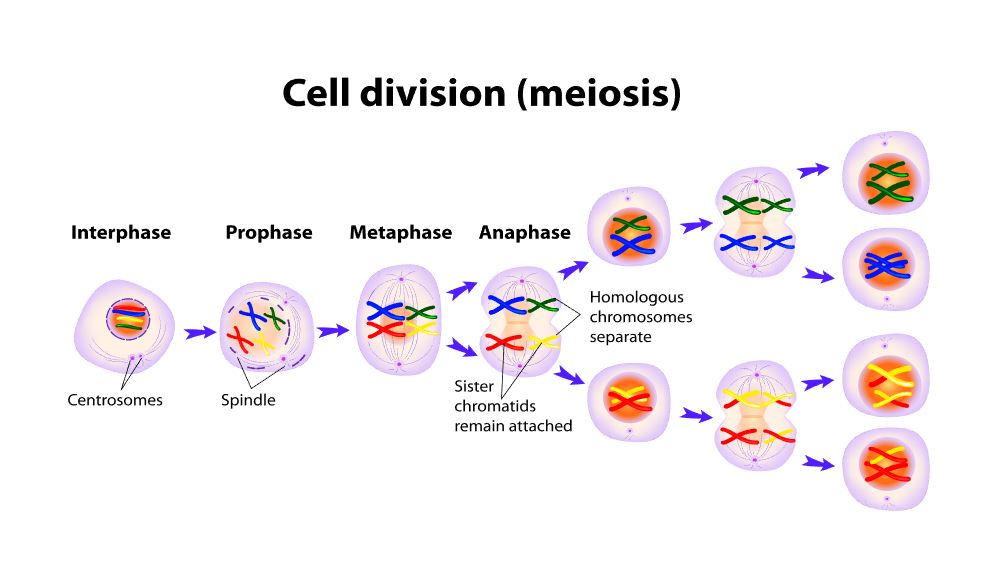 The process of meiosis increases genetic variation due to the random recombination of genetic material (from mom and dad).  It is for this reason that we consider meiosis sexual reproduction. Asexual reproduction, like we see in mitosis, yields genetically identical offspring (clones of the parent cell). Sexual reproduction is important for survival of the species. For example, when a potentially detrimental change occurs in the environment, a species having a wide variety of genetic variation will have a much better chance that at least some of the individuals of the species will survive.

A very significant example of how genetic variability in a population helps the overall survival of the species is found in the history of the Black Plague (a.k.a. The black Death). The Black Plague took the lives of approximately one-half of Europe's population in the 1300's.
MUTATIONS - Black Death and HIV
The genetic literacy project
Read more at the link above which will bring you to the URL https://www.geneticliteracyproject.org/2014/04/04/black-plagues-quirky-genetics-700-years-later/​ 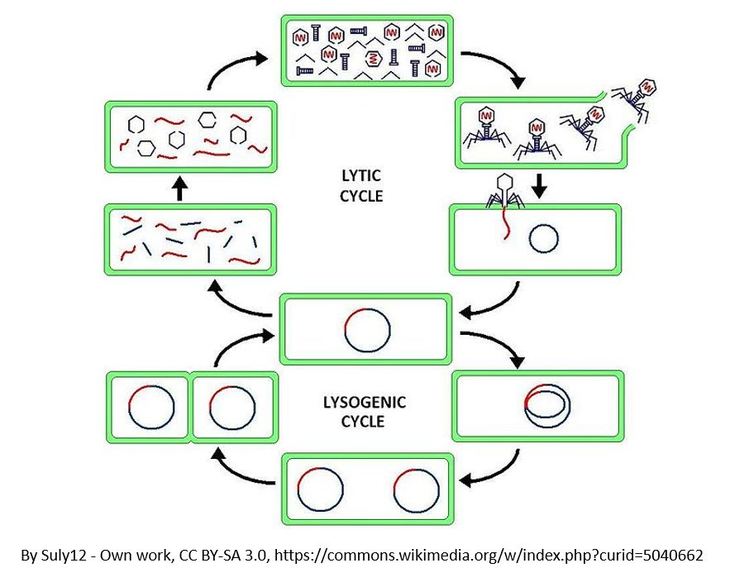 In order for viruses to invade the host cells in the first place, the host cell must carry specific receptor that has the complementary shape to the virus. You can think if the receptor as a LOCK and the virus as the KEY. If the virus doesn't fit, it cannot "open the door" and gain entrance to the host cell. In the case of the Black Plague, some of the European population carried a specific type of genetic mutation that caused the receptor that the virus uses to gain access to the cell, to be misshapen! The virus was unable to invade the cells of these individuals, so the virus could not reproduce and make these people sick. The mutation gave them immunity to the virus! A similar story can be found more recently in the discovery of the Delta 32 mutation that allowed some people to be immune to the HIV virus! More interestingly, this mutation (Delta 32) prevents both HIV and plague bacteria from entering human cells and causing infection. ​