The Cell Cycle: Describe the Life Cycle of a Cell

Interphase is subdivided into 3 phases:
Gap 1 (G1), S-Phase (or synthesis phase) and Gap 2 (G2).
G2 is also known as Gap 2.
G2, is the final stage before mitosis begins. The cell grows even larger and makes the final proteins and organelles it needs to begin mitosis! After G2, the process of mitosis will begin.

There is one more thing we need to know about the cell cycle. The cell cycle is not always going, because sometimes cells are not actively dividing. Cells that are not dividing, are stuck in the Resting Phase of the cell cycle, called G0 . 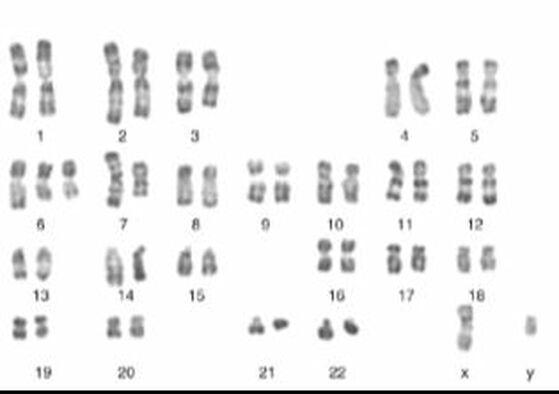 Nondisjunction occurs in cell division when chromosomes do not divide properly. Chromosomes contain all of a cell’s DNA, which it needs in order to function and reproduce. Normally, when a cell divides, the chromosomes line up in an orderly way and then separate from each other before cell division. When these chromosomes fail to separate properly, nondisjunction has occurred. The resulting daughter cells have an incorrect number of chromosomes; one may have too many, while another may have too few. This causes problems in cell function because a cell cannot function normally without the right amount of chromosomes.

Aneuploidy
The most common type of chromosomal abnormality is known as aneuploidy. Aneuploidy is a condition in which an individual has an abnormal chromosome number due to either having an extra chromosome or amissing chromosome. Most people with aneuploidy have trisomy (three copies of a chromosome) instead of monosomy (single copy of a chromosome).
​Monosomy
The only known survivable monosomy in humans is Turner syndrome, where the affected individual is monosomic for the X chromosome. Other monosomies are usually lethal during early fetal development, and survival is only possible if not all the cells of the body are affected in case of a mosaicism (see below), or if the normal number of chromosomes is restored via duplication of the single monosomic chromosome ("chromosome rescue").
Turner syndrome (X monosomy) (45, X0).
Karyotype of X monosomy (Turner syndrome)
Autosomal trisomy
The term autosomal trisomy means that a chromosome other than the sex chromosomes X and Y is present in 3 copies instead of the normal number of 2 in diploid cells.
Down syndrome (trisomy 21).
​

Karyotype of trisomy 21 (Down syndrome)

Uniparental disomy
Uniparental disomy denotes the situation where both chromosomes of a chromosome pair are inherited from the same parent and are therefore identical. This phenomenon most likely is the result of a pregnancy that started as a trisomy due to nondisjunction. Since most trisomies are lethal, the fetus only survives because it loses one of the three chromosomes and becomes disomic. Uniparental disomy of chromosome 15 is, for example, seen in some cases of Prader-Willi syndrome and Angelman syndrome.