Before We Get Started...

The first dimension is a number line, noted in the Cartesian coordinate system as 'X'. A number line has only 1 dimension. That means that there is only left or right. No other "directionality" is possible in a world with only one dimension.

So, on this page we will be looking at planes!

Let's think about it this way. Take a loaf of bread. There are a lot of different ways to slice bread. You can bread into cut cross-sections (or coronal sections) like a loaf of bread. Or you can cut bread length-wise (sagittal section) like a hot dog bun. You can even cut the bread horizontally (transverse sections) separating the top from the bottom, like we see in a sliced bagel.
The Anatomical Planes of... Bread?
On the 3-Dimensional Cartesian Coordinate System, the 'X', 'Y' and 'Z' lines intersect at what is called the origin (a.k.a. 0, 0, 0). The 'X' axis is the line that runs horizontally (right and left). The 'Y' axis is the vertical line running up and down. The 'Z' axis is the line that is going into the computer screen and out of the computer screen, giving us our dimension of depth. (You'll have to use your imagination here, until they make computer screens that are 3-Dimensional!)
If we orient our human on the grid above, in the anatomical position, the body would be facing forward, the head and feet would be located along the 'Y' axis and the arms would be located along the 'X' axis. 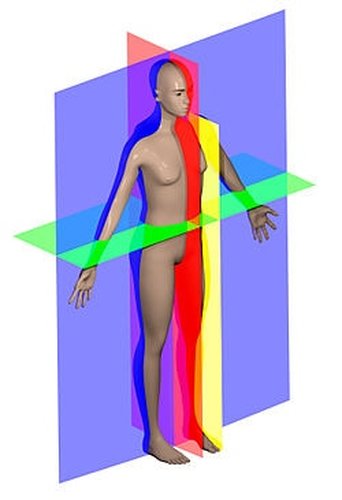 ​The plane shown in BLUE/PURPLE is the coronal plane. 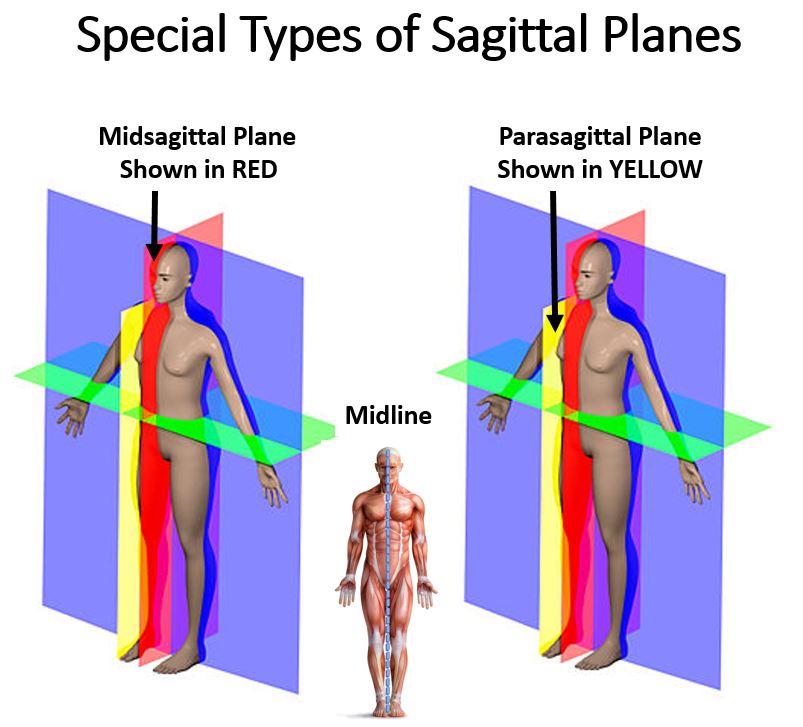