Stomata are cellular pores on the surface of plant leaves (mostly on the underside of the leaf).
STOMATA OPEN TO... They open to allow the uptake of carbon dioxide, the release of oxygen and allow water evaporation from the plant to occur.
STOMATA CLOSE TO... They close to limit water loss.
Tissue Layers of the Leaf
Stoma (singular) Stomata (plural) 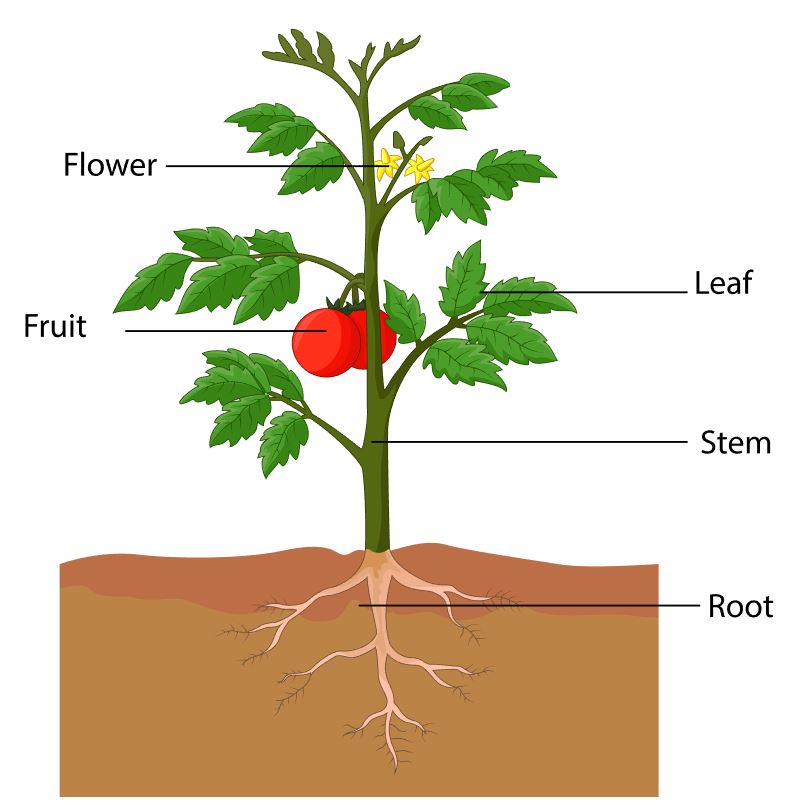 The Anatomy of a Plant Leaf 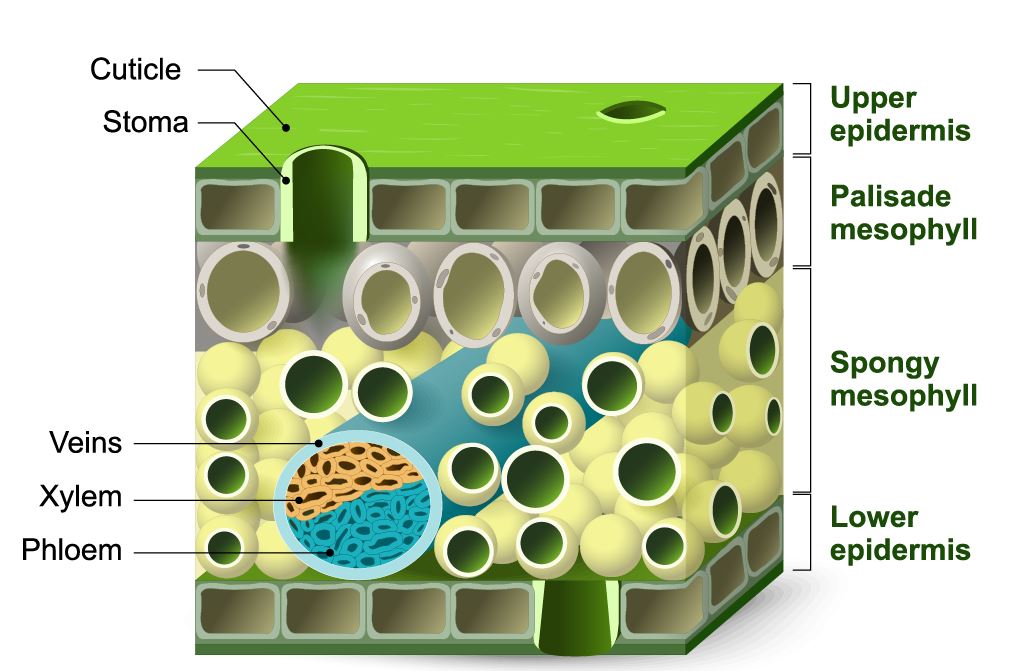 Layers of the Leaf

Epidermis
The (upper) epidermis of plant leaves function to form a boundary between the plant and the external environment. The epidermis serves several functions:
The upper epidermis of the leaf produces a waxy layer, called the cuticle. The cuticle is a waxy, waterproof barrier thar protects against water loss.
Palisades Cell Layer
The palisade s cell layer lies just beneath the protective upper epidermis. The palisades layer is where photosynthesis takes place within the leaf.
This tissue is where 80% of the photosynthesis takes place in the leaf.  The palisade cells have many chloroplasts in their cytoplasm and the box-like shape and arrangement of these cells ensures they are packed tightly together.
Spongy Mesophyll
Below the palisade layer is the spongy layer, which contains cells that are more spread out, allowing for air pockets.The spongy mesophyll allows for gas exchange. Namely, carbon dioxide (CO2) which is needed for photosynthesis, and oxygen (O2) which is given off as a product of photosynthesis.
This tissue contains large air spaces which are linked to the atmosphere outside the leaf through microscopic pores called stomata on the lower surface.  Spongy mesophyll cells also contain chloroplasts and photosynthesis occurs here too.  The air spaces reduce the distance carbon dioxide has to diffuse to get into the mesophyll cells and the fact that these cells have fairly thin cell walls which are coated with a film of water together means that gas exchange between air space and mesophyll is speeded up.

The stoma pore is formed by a pair of cells known as guard cells. These adjust the size of the opening by opening or closing. Guard cells reside in the epidermis of leaves, stems and other organs that are used to control gas exchange. 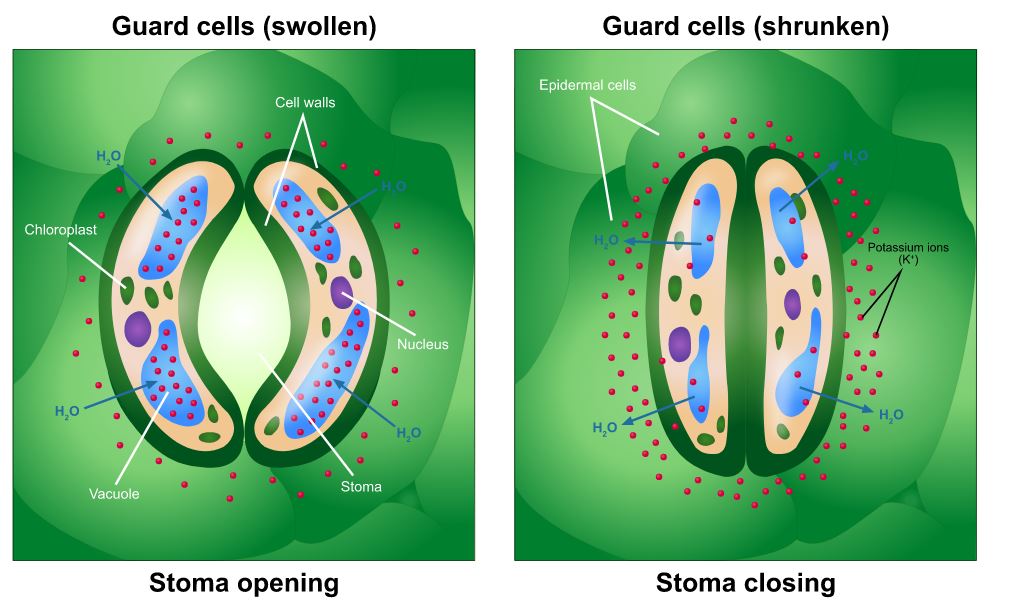 Cross-section of a Ligustrum Leaf (Found in Sunny Yards) 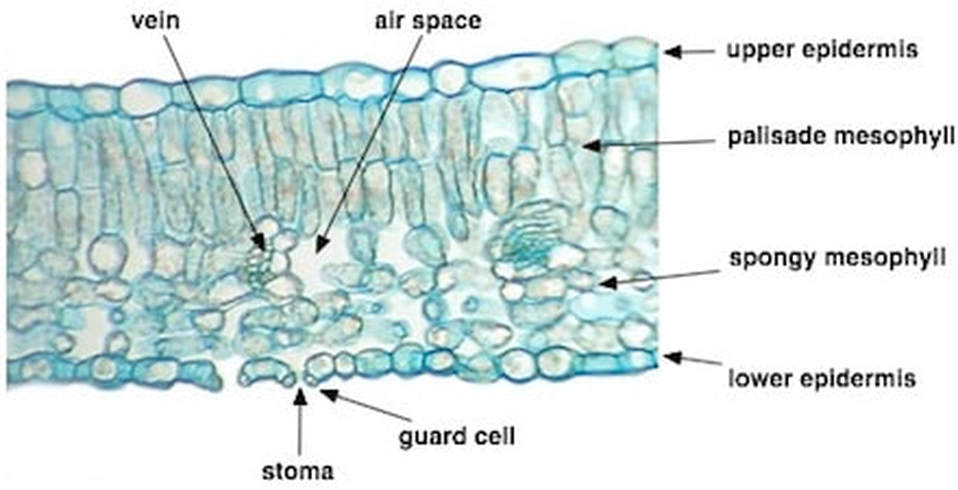 Cross-Section of a Nerium Leaf (Found in Dry Environments)

Wetland plants are also called hydrophytic plants, because they live in water.   Hydrophytic plants have developed special adaptations that enables them to survive the conditions of environmental stress experienced by living in the wetlands. Stressful environmental conditions brought on by living in wetlands include:
1.  fluctuations in water levels
2.  permanent saturation with water
3.  decreased oxygen availability
There are many types of plants that are hydrophytic, including many types of herbaceous plants, shrubs, and trees.- Herbaceous plants:  these are non-woody plants and can be categorized by their location in the water: 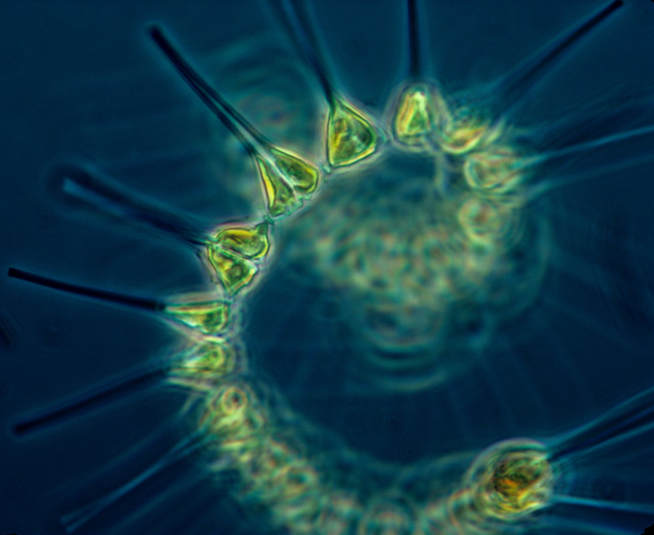 -  Phytoplankton:  this is a microscopic algae and chlorophyll containing bacteria that live on or near the surface of the water.

Phytoplankton are extremely valuable to ecosystems. They provide  produces the majority of the world's oxygen and are the basis for any aquatic food chain.
TERMS


ADAPTATIONS OF WETLAND PLANTS
1.  Many wetland plants have special air or pore spaces in their roots and stems called aerenchyma through which oxygen can enter the plant and be transported to its roots.
2.  Some plants have hollowed stems that transport oxygen to the roots
3.  Woody plants pump oxygen from their stems to their roots.
4.  Many wetland trees have very shallow root systems, swollen trunks, or roots that grow above the ground.  Examples of this are the cypress knees seen in swamps.
5.  Some plants develop adaptations that allow them to tolerate salt water.  These plants are called halophytes.  Some adaptations of these plants are:
- develop ways to reduce salt intake by the roots called salt water exclusion
- some take the salt in but have salt-secreting glands to remove the salt
- Some develop salt concentrating glands like fleshy leaves.  They collect salt in these leaves and then shed them
- Some plants have succulent leaves, store water, and then use it to dilute the concentration of salt
- Some plants have salt water proofed theirselves by developing a waxy covering
- Some reduce their leaf surface to minimize exposure to salt
- some isolate salt into internal organs 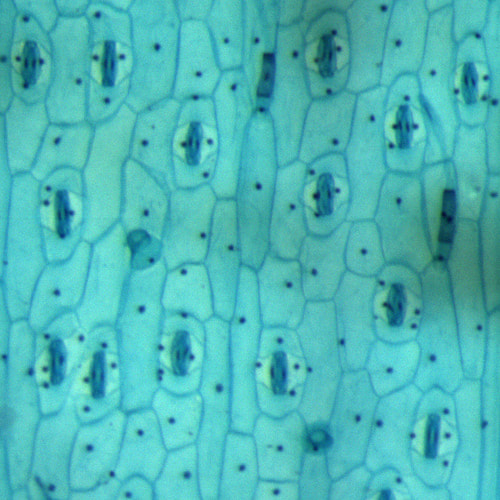