Historical ecology encompasses all of the data, techniques, and perspectives from paleoecology; land-use history from archival and documentary research; and long-term ecological research and monitoring extended over decades. Multiple, comparative histories from many locations can help evaluate both cultural and natural causes of variability and characterize the overall dynamic properties of ecosystems (Swetnam et al. 1999).

Ecology is the study of earth's living systems and how they interact. It is not environmentalism, a social and political movement. Ecology is one of the most complex sciences and is very new. As such we are only at the beginning of our understanding of how environmental systems react and how a change in one element might affect a whole system or one organisms in that system.

·
1877 -  Albert Bernhard discovers that some species co-evolve to have specific interactions or relationships.  He called this phenomenon "symboiosis" from the Greek words for "living" and "together".  Albert Bernhard first discovered symbiosis through understanding that mycorrhizae are created by a mutually symbiotic relationship between a fungus and the roots of a plant. This relationship benefit both partners, because the plant roots provide nutrients for the fungus, while the fungus allows the roots to access to important phosphates in the soil.
​     All three forms of symbiosis can exist either as an endosymbiosis in which one species lives inside another species or an  ectosymbiosis in which one species lives outside the other species. Symbiotic relation ships can be either obligatory or facultative. In an obligate symbiotic relationship the organisms depend on each other for their survival, whereas in a facultative symbiotic relationship the species could survive separately.

​1890 - Edward Bagnali Poulton was an English zoologist that took a special interest in camouflage and write the book, "The Colours of Animals".  ​
1935 -  The Dust Bowl crisis raised ecological awareness after unregulated farming through the west left severe drought and barren land as a result. Ecology was used to define practical land usage practices that would help to prevent repeats of the crisis in future generations. 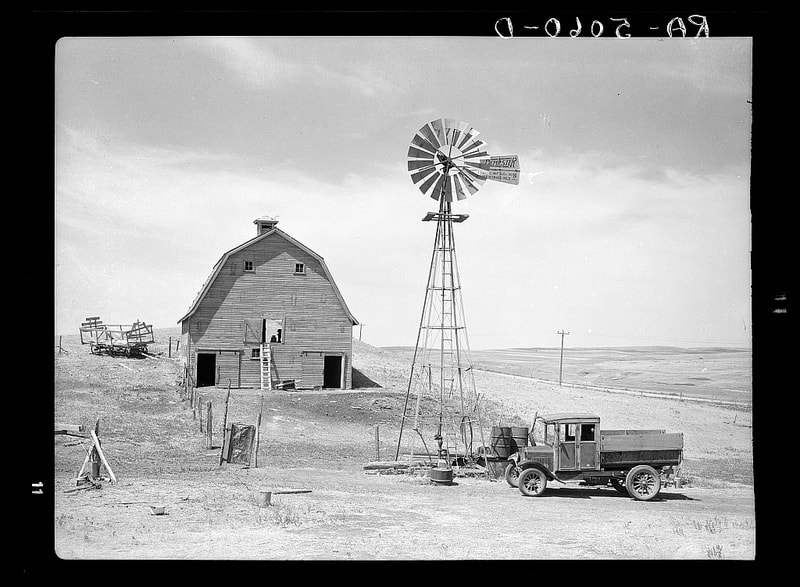 1953 -  Eugene Odum wrote the first ecology textbook. Ecology begins to be taught as a discipline.

1978 - Conservation Biology established as a discipline focusing on environmental management

TODAY - While all of the eco-friendly modern advances are too numerous to list here, here is a list of just a few advances that modern science and technology, along with political legislation and social activism, have made possible.  New desalination plants are working in developing countries to provide clean water to populations that have suffered from a long-standing water shortage. The U.S. government approved a plan to release genetically-modifies mosquitos that exist in areas prone to certain illnesses and diseases, such as the Zika virus. The result of the genetic mutation is to reduce the fertility in the mosquito population to decrease the spread of the disease by them. Cleaner emissions, recycled products, electric and hybrid cars, and biodiesel fuels, are helping to change the pollution that has plagued our planet.

These advances give the current and future generations hope that we can use our intelligence and our diligence to work together collectively for the common goal of health for our world, and, in turn, its inhabitants.