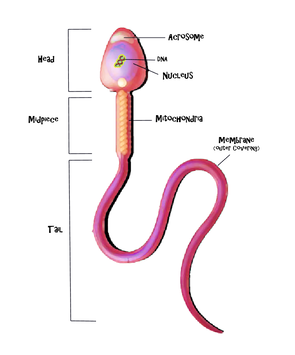 Schematic of a Sperm by ScientistCindy
Spermatozoa are the smallest cell in the human body. Males make sperm constantly, from puberty until death, as long as testosterone levels remain high and as long as the act of intercourse and ejaculation are still achievable by the male.

During sexual intercourse, the male releases about 200-250 million spermatozoa. Only a small fraction of these sperm will make the journey to the egg and only one will be able to successfully penetrate through the egg's protective barrier
of the zona pellucida. ​ 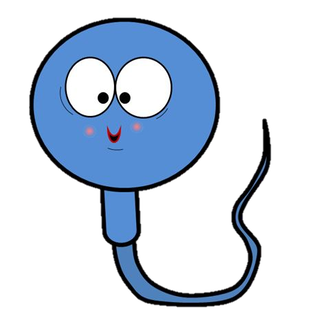 SO WHAT'S A SPERM TO DO?

Spermatozoa have a secrete weapon against the acidic environment of the female reproductive tract. Although there are ~ 250 million spermatozoa in a single ejaculate, the bulk of the fluid is not sperm at all! The bulk of the volume of the ejaculate is actually seminal fluid, which contains nutrients and protective compounds including a basic/alkaline compound that acts to partially neutralize the acidic environment of the female reproductive tract.
For the spermatozoa that survive the trek though the vagina, the cervix and the uterus, the journey is not yet over. Following the introduction of the 250 million spermatozoa into the female reproductive tract, millions of these sperm are killed by the acidity of the vagina and millions more are blocked from entering the uterus because they are unable to traverse the thick mucus of the cervix. Once the spermatozoa reach the uterus, they then face the possibility of being destroyed by white blood cells.
If the sperm do not encounter an oocyte immediately, they can survive in the uterine tubes for another 3–5 days. Thus, fertilization can still occur if intercourse takes place a few days before ovulation.

In comparison, an oocyte can survive independently for only approximately 24 hours following ovulation. Intercourse more than a day after ovulation will therefore usually not result in fertilization.

During the journey, fluids in the female reproductive tract prepare the sperm for fertilization through a process called capacitation, or priming. Capacitated sperm have digestive enzymes called that will act to penetrate the oocyte’s protective layers. called the zona pellucidum. Upon ovulation, the oocyte released by the ovary is swept i 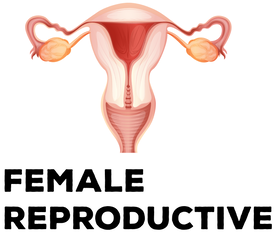 https://opentextbc.ca/anatomyandphysiology/chapter/28-1-fertilization/
The fertilization membrane. : a resistant membranous layer in eggs of many animals that forms following fertilization by the thickening and separation of the vitelline membrane from the cell surface and that prevents multiple fertilization.
Fertilization occurs when a sperm inserts its genetic material into an oocyte (egg).  combine and their nuclei fuse. This new fertilized egg is called a zygote. Fertilization is a numbers game. 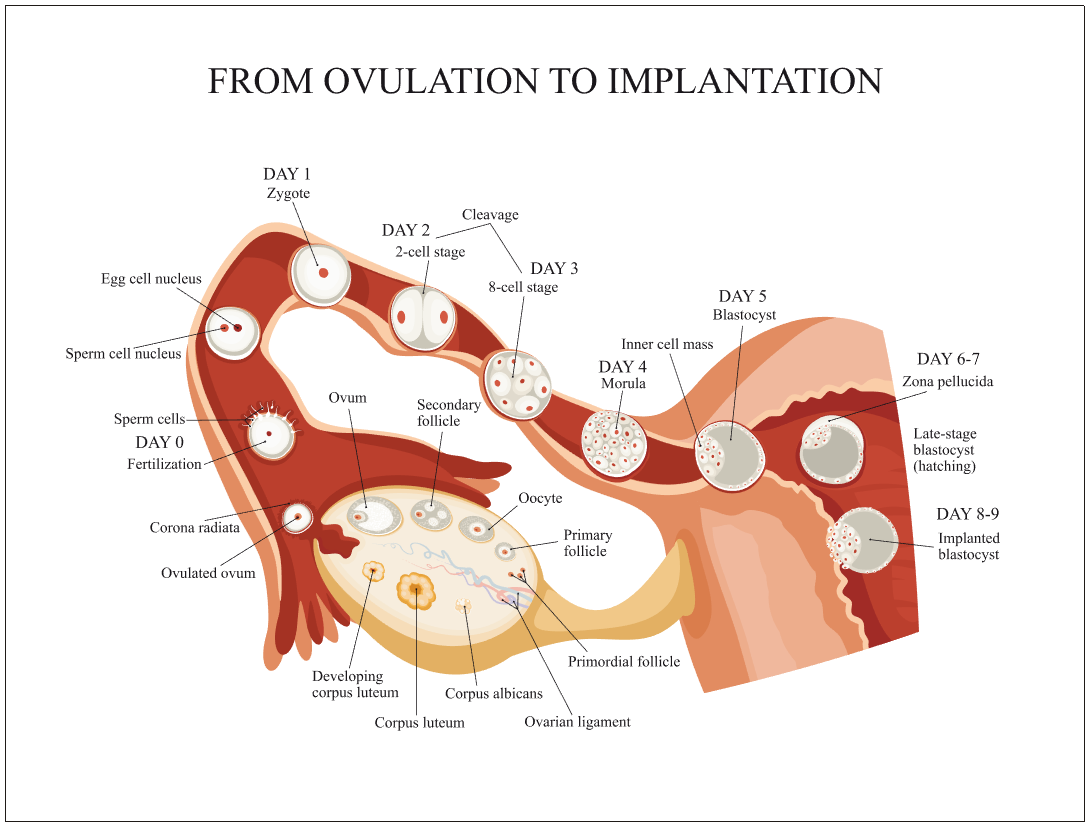