Giving birth can be a long and painful process. It can also be deadly. Even now, the World Health Organization estimates that about 830 women die every day because of complications during pregnancy and childbirth – and that statistic is actually a 44% reduction on the 1990 level.
Mortality Rates in 2017
But these statistics are actually PROGRESS!
In the 100 years since the advent of modern prenatal care, maternal death rates dropped 99 percent and childhood mortality dropped 90 percent, according to the Centers for Disease Control and Prevention (CDC).• 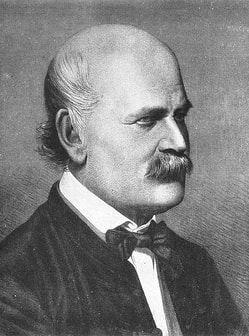 Ignaz Philipp Semmelweis was coined THE “SAVIOR OF MOTHERS”. Semmelweis lived from July 1818 – August 1865. He was a Hungarian physician that was an early pioneer of antiseptic procedures. So many woman died after childbirth that it was called "child bed fever" or puerperal fever was common in mid-19th-century hospitals and often fatal. Semmelweis proposed the practice of washing hands with chlorinated lime solutions in 1847 while working in Hospital. Semmelweis's ideas were met with such hostility that he was fired and literally run out of the country. He was dismissed from the hospital for political reasons and was harassed by the medical community in Vienna, being eventually forced to move to Budapest.​

Tragic End to the ‘Savior of Mothers’ 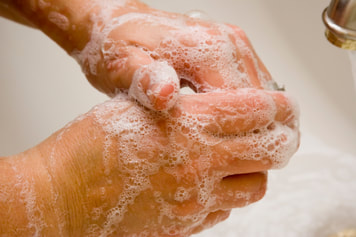 Semmelweis was outraged by the indifference of the medical profession and began writing open and increasingly angry letters to prominent European obstetricians, at times denouncing them as irresponsible murderers.His contemporaries, including his wife, believed he was losing his mind, and in 1865, nearly twenty years after his breakthrough, he was committed to an asylum. He died there of septicaemia only 14 days later, possibly as the result of being severely beaten by guards. Semmelweis's practice of sterilization earned widespread acceptance only years after his death. His findings pioneered antiseptic practices that are still used today.
DOULAS or MIDWIVES: a woman, typically without formal obstetric training, who is employed to provide guidance and support to a pregnant woman during pregnancy and labor.

Wet Nurses
In the late nineteenth and early twentieth centuries, wet nurses were more often hired by well-to-do families .
Typically, it was very poor women who were willing to take the job of being a wet nurse.

Socioeconomic Status
The lower classes worked right up to and soon following birth, as they had to work to eat.
The upper classes also had the latest medical knowledge and access to adequate medical care.
A look at the last 100 years
​For generations, women experienced pregnancy and childbirth at home, under the watchful eyes of midwives, neighbors, relatives, or friends. But in the early years of the 20th century, that began to change as doctors became more involved in labor and delivery and hospitals began attracting mothers from their homes to maternity wards.

1900’S
Women were most likely gave birth at home, as hospitals weren't widely available yet and modern medicine was still in its infancy. Midwives were still used but were increasingly replaced by doctors, especially among wealthier families.
Anesthesia existed, but wasn't commonly used for childbirth yet. This was natural childbirth in about every sense of the word.

1910’s
Fun fact: 90% of doctors had no formal education at this time, according to The Flexner report, a comprehensive overview of medical education and practices. Yikes!
In 1915, only half of women giving birth were attended to by a physician, and most babies were born at home.

Chloroform and Ether
The revolution that brought more women into hospitals to have their babies was the promise of pain-free childbirth. Pain relief during childbirth was in the form of chloroform and ether, which were dangerous and could only be administered by a doctor to women who could afford it.

•    PAIN-FREE DELIVERY?
But in 1914, Americans learned that German doctors had developed “Twilight Sleep,” a drug combination of morphine and an amnesiac called scopolamine. It didn’t eliminate the pain of labor and birth, but made women forget it. Doctors were concerned because the drug increased the risk of hemorrhage, could slow down contractions, and depress the baby’s breathing.

Socioeconomic Status
The risks of labor were significant for women of low socioeconomic status. They often would go without prenatal care. Woman would not go to the hospital until they were in labor. In 1915 in the U.S., 70 women died per 10,000 births, compared to about 1 in 10,000 today. The major causes of mothers’ death 100 years ago were hemorrhage, or massive bleeding; infection, also called “childbed fever”, toxemia, now known as preeclampsia, (a condition of high blood pressure that often went undetected and untreated because of a lack of prenatal care).
Government Aid
The U.S. government began to take steps to reduce infant and maternal mortality rates.
The Children’s Bureau in was established in 1912. In 1920 the government began offering maternal and child health services in larger cities. But for most women, prenatal care consisted of folksy advice to eat well, get fresh air, exercise, and stop wearing corsets.

The 1920s and ’30s
In the 1920s and ’30s, hospitals started marketing to women. Appealed to pregnant women because they were able to rest. The pitch was: “Come rest for a week, have your baby, and you don’t have to take care of the family for a few days.” The doctor might perform an autopsy and then come back and deliver a baby! To make hospitals more appealing, doctors advertised new tools and techniques, such as forceps and episiotomies. Many doctors were not properly trained on how to use these advances.

The woman and newborn babies may have been better off at home than they were in hospitals at home there was only one patient while at hospitals there were many patients. Antiseptic policies were only recently put in place in 1915. However, doctors commonly would not wash their hands. Doctors went from patient to patient spreading illness and increasing the chances of infection.

Obesity and Pregnancy
Obesity during pregnancy increases risks for both mother and baby. In the U.S., more than half of pregnant women are obese or overweight. That raises the chances of high blood pressure, gestational diabetes, premature birth, congenital abnormalities and obesity later in life.