Some Gram-positive bacteria, are able to survive unfavorable environmental conditions for extended periods of time (can be hundreds of years) by forming protective endospores through a process called sporulation. 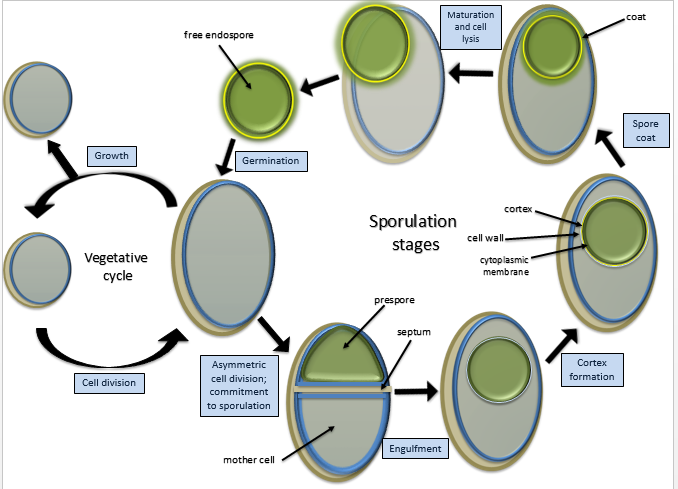 Bacteria that have endospores are existing in a semi-dormant state of existence. The endospores preserves the genetic material of the bacteria cell forms of bacteria.  When environmental conditions improve, the endospore can undergo the germination process and can return to its normal (vegetative) state.  ​
Endospores protect the bacterial DNA from dehydration, pH, heat and radiation. 2 examples of Gram-positive bacteria that have the ability to undergo sporulation are:
Some species of Bacillus and Clostridium have medical significance.  Clostridium perfringens, C. botulinum (a potential agent of bioterrorism) and C. tetani are the causative agents of gas gangrene, botulism and tetanus, respectively.  Bacillus anthracisand Bacillus cereus are the causative agents of anthrax and a self limiting food poisoning, respectively.
Endospore Staining is helpful for identifying bacteria that have endospores. Endospores are protective structures that are used to withstand unfavorable conditions. Endospores are difficult to stain using normal techniques like Gram-stain and simple stains. Types of endospore staining include the Schaeffer–Fulton stain and the Moeller stain.

A counterstain to differentiate the vegetative cells is commonly 0.5% safranin.
RESULTS
The endospores stain green and the rest of the cells picks up the pinkish-red counterstain. The endospore will often appear as a green spot within the cell. 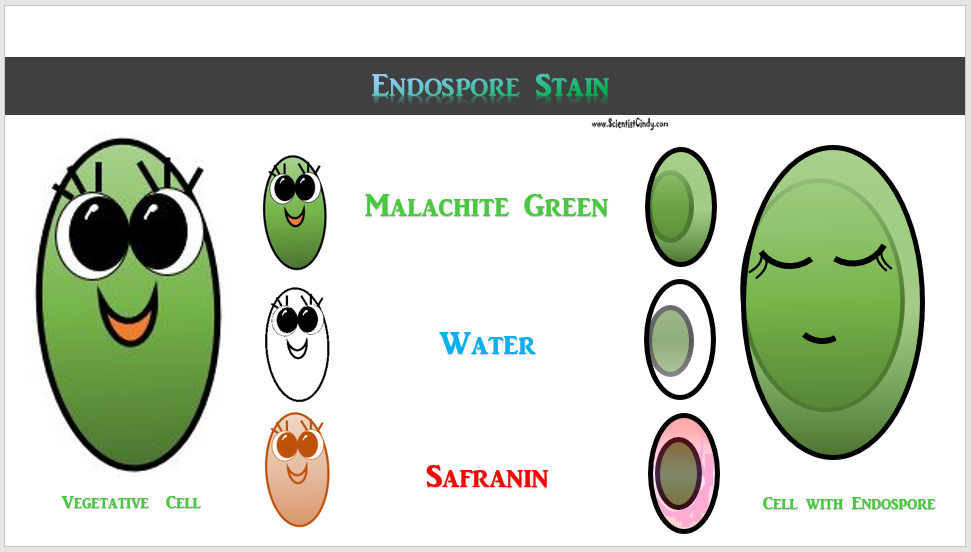