THE ORIGINS OF ​CELL THEORY​​

THE ORIGINS OF ​CELL THEORY​

Life comes in a huge variety of shapes, sizes, composition and physiology. Some of the largest organisms to ever roam the Earth, like the blue whale, exceed 150 tons, whereas the smallest organisms are only visible using microscopes. Our current understanding of "life" is centered on The Cell Theory which was developed over hundreds of years, due to the contributions of countless scientists and numerous inventions, experiments and observations.  These discoveries were made possible due to the invention of high-powered microscopes in the 17th century.

The Invention of the Microscope

The discovery of cells and the development of cell theory due to the invention of high-powered microscopes in the 17th century. 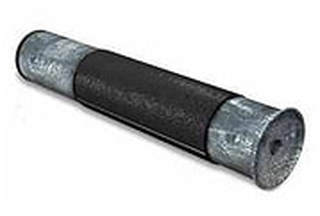 The first compound microscope was not invented until the 1590's. Zacharias and Hans Jansen were able to combine magnifying lenses together that resulted in an image that was 9 times larger than what could be seen with the naked eye.

​    Cells were first observed (and named "cells") by Robert Hooke in the 1660's. Hooke published his discoveries in 1665 in Micrographia,. Hooke named the small individual structures that made up plant and animal tissues "cell", because he thought they resembled the cells of a honeycomb.

It would still be hundred's of years until his discoveries and cell theory was widely accepted.
Robert Hooke was the first person to view tissues under a microscopic. He identified the distinct structures that made up the tissue as "cells".
Hooke's book, Micrographia, included spectacular copperplate engravings of microscopic views of different organisms. Some of these, like the illustration of the louse, was a fold-out plate four times the size of the page. Interestingly, Micrographia also describes distant planetary bodies, the wave theory of light, evolution, etc.

The Cell Theory began with Robert Hooke's discovery and observation of cells. As awesome as this discovery was, the true significance of this discovery was not fully realized until centuries later! It was only then that the structures Hooke coined as "cells" would be found to be the fundamental unit of life!