So... what is considered microscopic? Organisms measuring 100 micrometer or more (µm) are generally able  to be seen with the naked eye. The vast majority of the organisms we study in microbiology are many orders of magnitude smaller than 100 micrometers. For example, a single animal cell typically measures about 10 micrometers across, bacterial cells measure about 1 micrometer and viruses are only about 0.1 micrometers across. 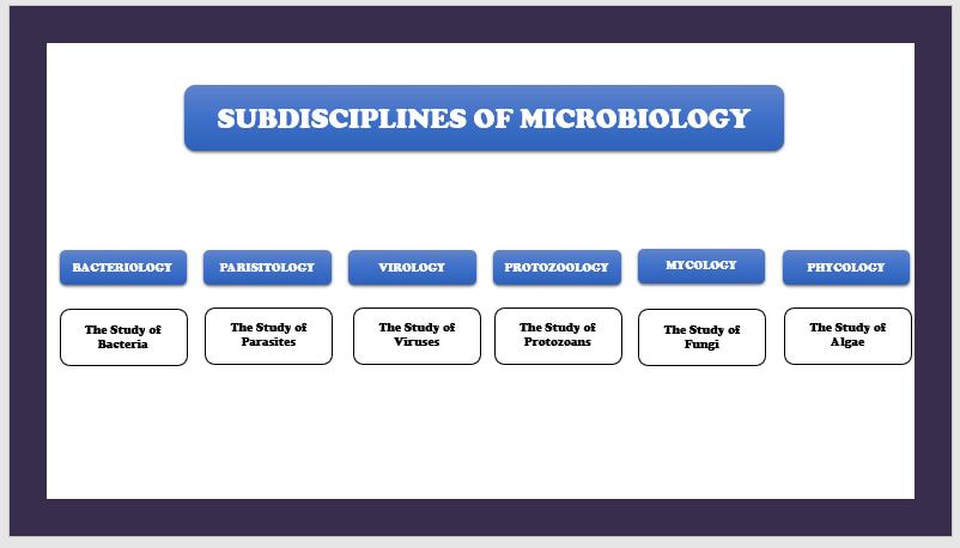 The cell is the fundamental unit of life.  All living things are made up of one or more cells.​​ 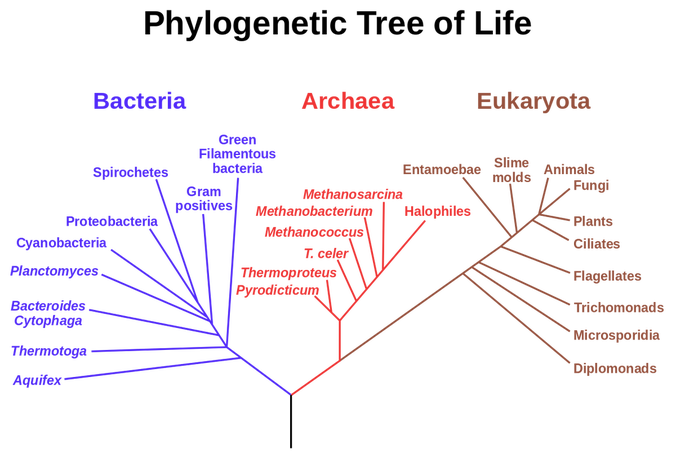 Bacteria are found in nearly every habitat on earth, including acidic deep sea vents and in frozen waters of the Arctic. Bacteria make up a significant portion of the human body. In fact, the human body is composed of approximate 10 times the number of bacteria cells that human cells! Lucky for us, most bacteria are harmless or helpful. The bacteria that are known to cause disease are called "pathogenic". 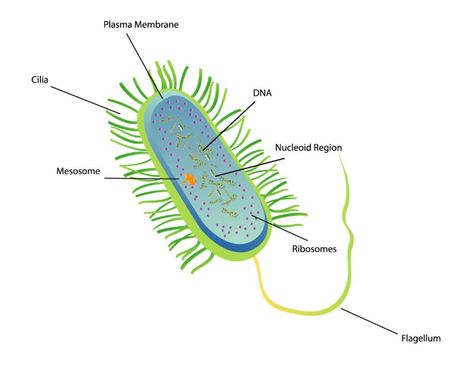 The Anatomy of a Bacterium
While many bacteria can cause disease, most bacteria is harmless to humans or even helpful. Bacteria can cause food to rot or spoil, or it can be used to create new desirable food products like yogurt and cheese. Even though we usually give fungi all the credit for being the major decomposers of our ecosystems, bacteria play a crucial role in the environment, not only as decomposers, but as the only organisms that can perform nitrogen-fixation. Nitrogen-fixation is the ability to take carbon from the atmosphere and convert it into carbon compounds that are biologically useful.
Bacteria are often described in terms of their general shape; spherical (coccus), rod-shaped (bacillus), or curved (spirillum, spirochete, or vibrio). ​ 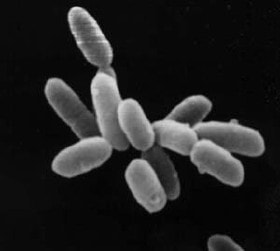 Bacteria are not the only unicellular prokaryotic organisms. There is an entire domain of organisms called the archaea. The first archaea to be discovered were classified as bacteria. However, their physiological and morphological characteristics were so different from other bacteria cells, they were named archaebacteria and were given a seperate kingdom under the bacteria domain. The term "archaeabacteria" means "ancient bacteria". This classification was soon reorganized, making the archaebacteria into a new domain called the archaea.
Many archaeal species can be found in environments that are extremely hot (such as the Yellowstone hot springs), extremely salty (such as the Dead Sea), or in areas of extremely low pH (such as acid mine drainage). Adaptations to these environments are partly why they have been separated into their own domain. 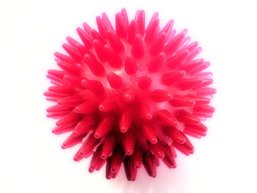 Viruses are not technically considered to be "living organisms" according to the criteria of what characteristics an entity must have to be considered alive. There are 2 characteristics of viruses that exclude them from being classified as "alive". These are, 1) viruses are not cells, and 2) viruses do not have the machinery to reproduce without the help of a host. However, there are many scientists that would like to see a reclassification of what we consider to be "life". This id due to the incredible abilities of the virus. They are remarkable. They adapt and evolve, and they reproduce using the machinery of their host cells in ingenious ways.

Viruses are considered acellular microorganisms. In other words, viruses are not composed of cells. Viruses are extremely tine and are made up of a small amount of genetic material in the form of either RNA or DNA and some proteins. They are only able to reproduce with the assistance of a host cell. The virus must invade a cell and then hijack the cell's reproductive machinery to make more copies of itself. The virus will continue to make copies of itself until the cell can no longer hold the large number of viruses. At this point the cell bursts open, releasing the viruses into the extracellular fluid where they can go invade other cells and repeat the cycle!

Viruses can infect all types of organisms and cells. Many viruses are responsible for diseases in humans, but there are many viruses that do not lead to disease.

​     Protists belong to the kingdom Protista which is one of the four kingdoms of Eukarya and, therefore, are composed of eukaryotic organisms. The protista is an extremely diverse kingdom that is more easily describe as what it is NOT than what it IS. Basically, any eukaryotic organism, that cannot be classified as animalia, plantae or fungi.
Protists are mostly unicellular organisms, but there are a few simple multicellular forms as well. Protists include algae, slime, molds, and protozoa. some protists can reproduce sexually while others reproduce asexually, some are autotrophic and can provide their own food using photosynthesis or chemosynthesis, while other protists must consume other organisms as food.

Tardigrades (Water Bears)Tardigrades are microscopic creatures that are able to survive the some of the strangest conditions in the universe. They can hibernate without water for at least 100 years. They can survive temperatures 50% hotter than boiling water. They survive in pressures that are higher than the pressure in our deepest oceans. Tardigrades have even been blasted to outer space and were completely fine! They were just fine without air, without pressure and without water.
Some protozoa can cause diseases. An example of an Illnesses Caused by Protozoa, is Malaria.

Plasmodium is a genus of parasitic protozoa, many of which cause malaria in their hosts. When the host is a mosquito, the mosquito can then spread the disease to humans.
​
.Symptoms include fever, vomiting, headache, jaundice, seizures or coma. Can be fatal. According to the World Health Organization, Malaria effected approximately 296 million people in 2015. Malaria is believed to have caused 730,500 of these infected people to die. 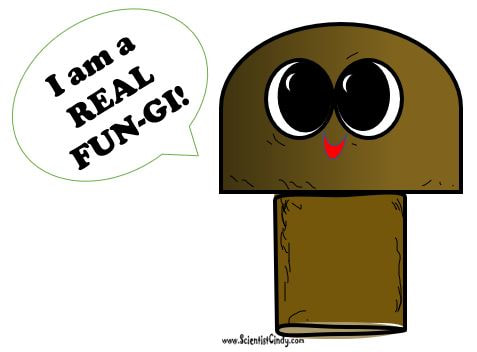 Fungi are a lot of fun and can be found at most parties. Sorry for the lame joke. But seriously, if you do want to find fungi, the best place to look would be a warm, moist place.
Fungi have a very interesting, or gross, way of eating. Fungi "eat" by secreting digestive enzymes directly into whatever it is they are growing on.  These digestive enzymes break down nutrients into smaller molecules that the fungi can directly absorb. 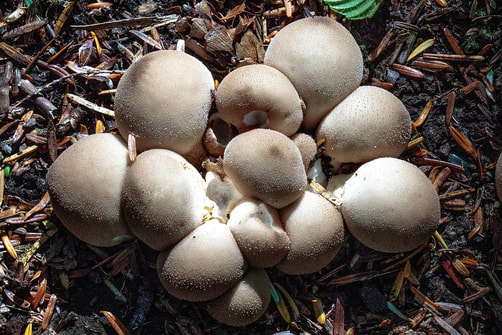 Fungi play a vital role in the ecosystem as decomposers. They assist in recycling materials back into the soil as part of their metabolism. Some fungi have been found to have life-saving properties. For example, antibiotics like penicillin, are made from a fungus. 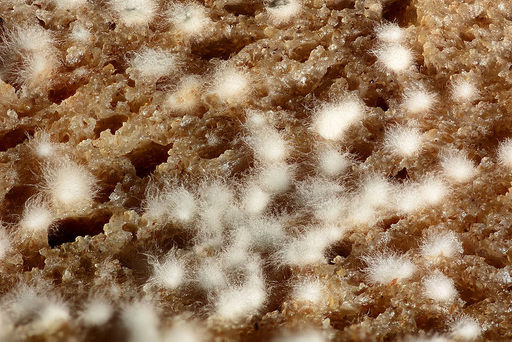 Mold grows on bread when the bread comes in contact with dust that is carrying fungi, which are tiny microorganisms. Molds are multicellular fungi.

​     Mold spores remain airborne until they land on a piece of food, germinate and grow into a healthy fungus. Mold lives off the food its growing on by eating away at it. It commonly grows right through whatever it's eating. Fungi secrete an enzyme onto their food source that breaks it down aiding digestion. They then grow microscopic roots into the food itself.
Molds are used in antibiotics (specifically, penicillin) and other pharmaceuticals.. Some molds can cause allergies or even diseases (mycotoxins).
Fungal Infections Cause a Number of Diseases in Humans
Fungus are the essential decomposers of the ecosystem!
They function together with certain bacteria to breakdown dead organic matter into a form that can be used in the ecosystem. For example, fungus will breakdown a dead cow and release vital nutrients into the soil. Those nutrients can then be used by plants to grow. Then another cow can go and eat the plant! ...and the cycle continues!