A History of the Human Population
​ - POPULATION ECOLOGY

The spread of humans and their rapidly increasing population has had a profound impact on the environment and millions of species worldwide. 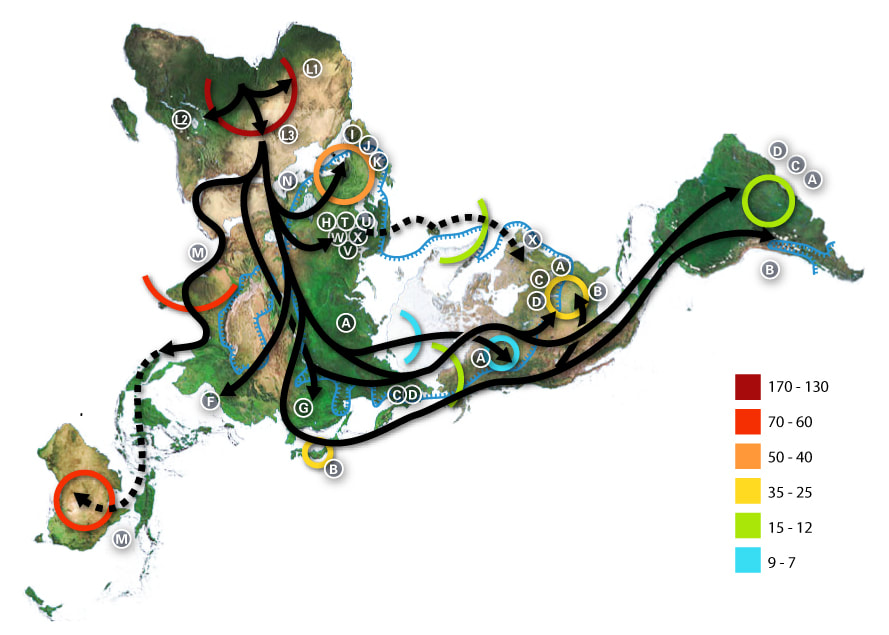 World map of early human migrations according to mitochondrial population genetics (numbers are millennia before present, the North Pole is at the center). CC BY-SA 3.0, https://commons.wikimedia.org/w/index.php?curid=227326
The bubonic plague was carried by infected people, fleas and animals. This made the spread of the infection quick, deadly and difficult to control.

The depopulation of Europe caused by the plague led to changes in hygiene and heath awareness, as well as social and economic changes. The world's population had decreased to 342 million people by 1400 A.D.
​
In 1388, the English Parliament passes an act forbidding citizens from throwing garbage into ditches, rivers, and waterways.
Soon after, in the 1500's, Smallpox spread through the Americas killing at least one-third of the indigenous population.

The World Population Hits 1 Billion in 1800 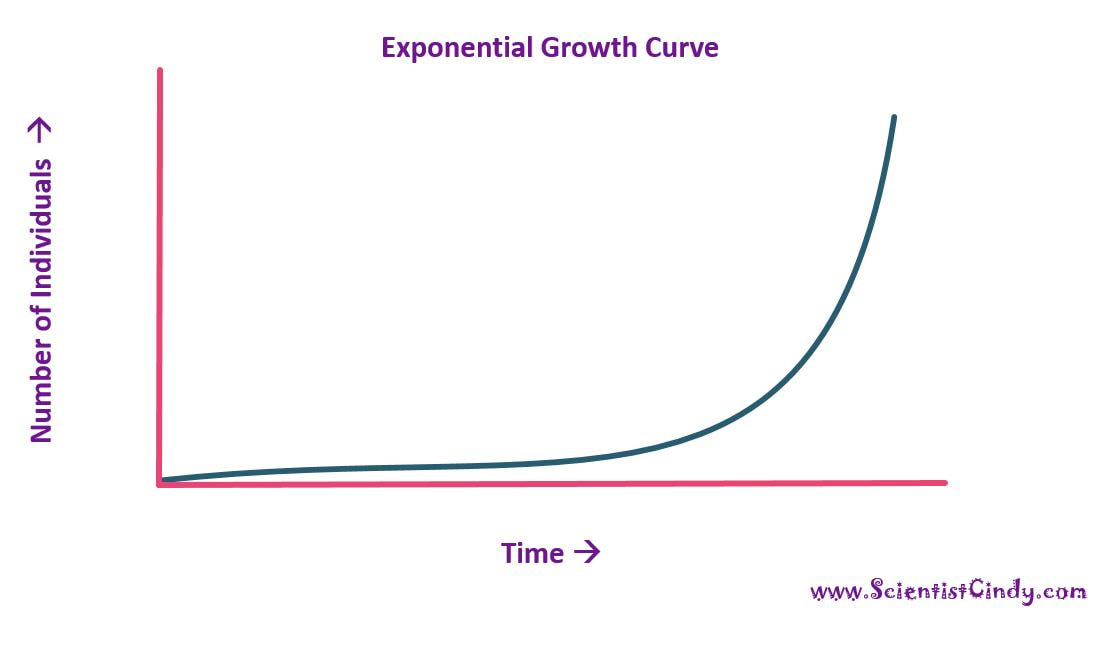 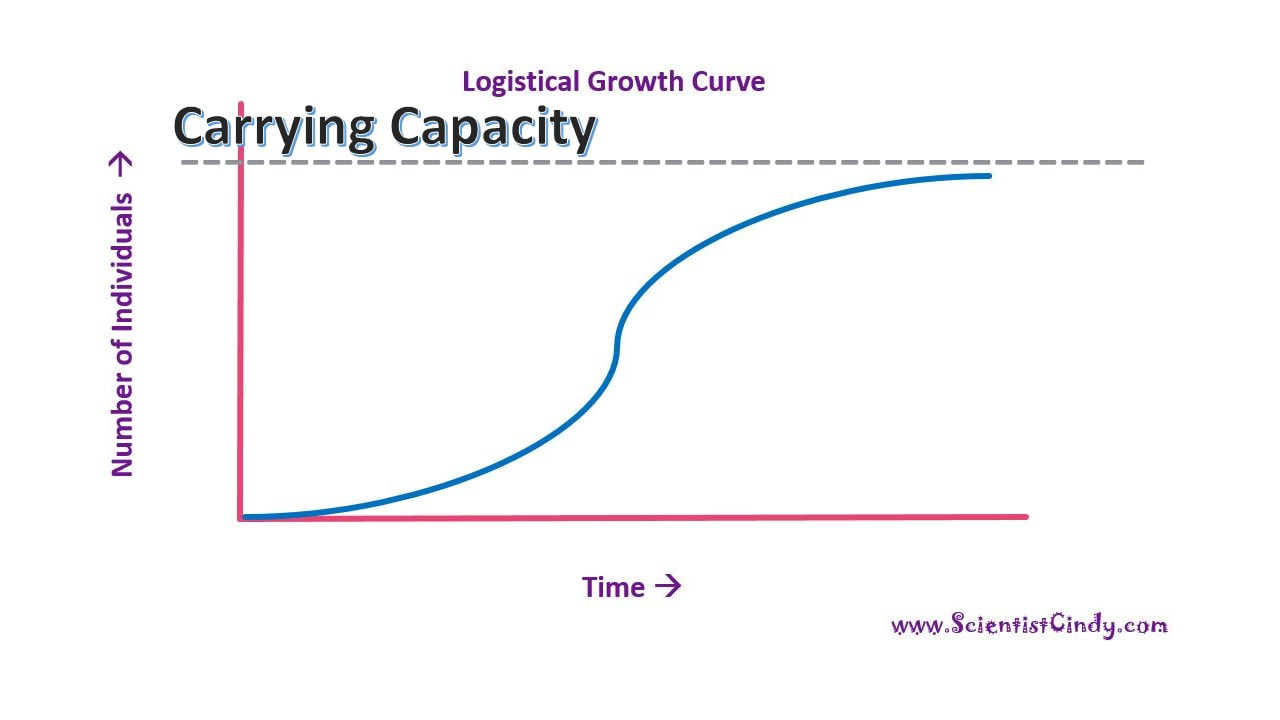 •After some time, this will change to a logistic growth model. WHY? This is because as the population increases, there is competition for resources. The population approaches the carrying capacity of the ecosystem.

• The carrying capacity is the limit of the individuals of a certain species that a particular ecosystem can support.
Limiting factors that contribute to the logistical growth model are …
“Boom-and-bust” population cycles
- These are dramatic fluxuations in population
Boom-and-Bust cycles occur when the population growth of one species is closely tied to a limiting factor that may be expended.


The Boom-and-Bust cycle has two-phases:

Clownfish are one of the only species that can survive the deadly sting of the Sea Anemone. By making the anemone their home, clownfish become immune to its sting.
These fish will gently touch every part of their bodies to the anemone’s tentacles until it no longer affects them.  A layer of mucus then forms on the clownfish’s body to prevent it from getting stung again. 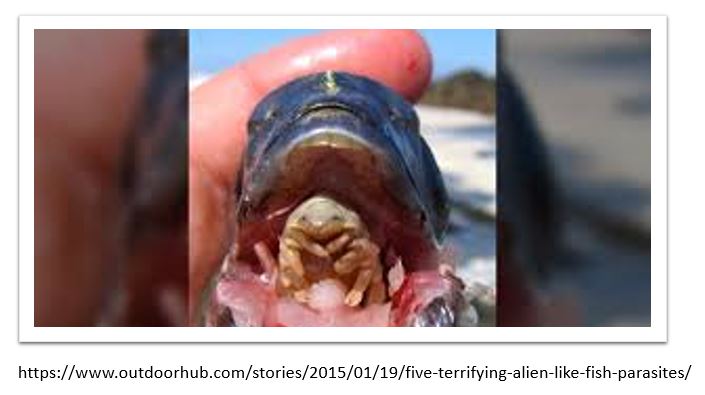 The tongue louse is a parasite that replaces the tongue of its victims. Tongue lice are all born as males. Each louse searches for a host. When they find a fish, they enter the fish. If there is no other louse infesting the fish, the louse will turn into a female and wait for a male to join it inside the fish host. If he finds there is already a female infesting the fish, he will remain male and mate with her. As this transformation takes place, the female’s body grows enormously and anchors itself firmly inside the mouth of the unlucky fish. 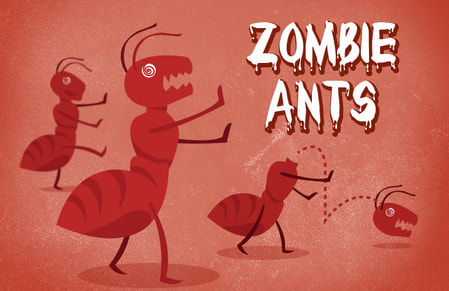 A parasitic fungus is known to manipulate the brains of ants turning them into slavelike "zombies". The fungus releases its mind-controlling chemical cocktail on its host.
Fungi of the genus Ophiocordyceps — so-called zombie ant fungi — need ants to complete their life cycle. When an ant comes across fungal spores while foraging, the fungus infects the insect and quickly spreads throughout its body.
A carpenter ant infected with a zombie ant fungus in the genus Ophiocordyceps. Once the fungus kills its hapless drone it grows a spore-releasing stalk from the ant's head in order to infect more ants.
Fungal cells in the ant's head release chemicals that hijack the insect's central nervous system. The fungus forces the ant to climb up vegetation and clamp down onto a leaf or twig before killing its hapless drone. It then grows a spore-releasing stalk out of the back of the victim's head to infect more ants on the ground below.

LIFE CYCLE OF A BOTFLY 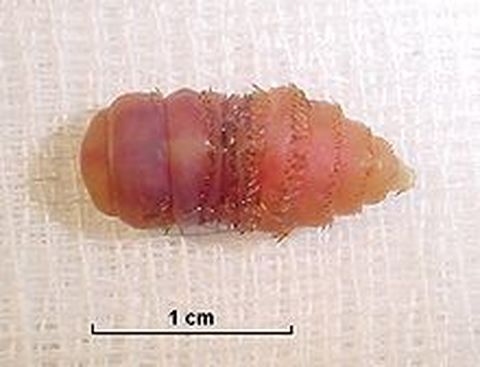 Botflies, or Dermatobia hominis for humans and the genus Gasterophilus for other mammals, are a bumble bee-like fly that require a human or mammal host in order to complete their life cycle. The life cycle of the botfly is comprised of four stages.
Egg Transmission
Adult female botflies lay their eggs on blood-sucking insects, such as mosquitoes or ticks, that they capture during flight. This practice is known as phoresy. After a period of 10 to 140 days, the host insect consumes a blood meal. This transfers the mature botfly eggs from the flying insect to the warm-blooded animal, which then hatch upon feeling the temperature increase. Adult females can also attach their eggs directly onto the hairs of mammal hosts. Egg hatching and larvae movement may cause the mammal to bite or scratch at the area.
It's a Grub Life
The mammal may consume some of the first instar larvae by licking them. Alternatively, the larvae may travel down hair follicles or through bite wounds and burrow into the mammal's skin. From here, the larvae undergo their final two instars, or molt periods, in the skin of the mammal or in the digestive tract during the winter. Larvae developing in the digestive tract attach to the system's walls and feed on tissue. In early spring, they detach as third instars and are expelled through the mammal's feces. Third instar larvae growing in the skin drop from the mammal host after a period of 30 days.
Rest and Renewal
Mature larvae expelled through feces or dropped down from skin in early spring burrow into soil and begin to pupate within two or three days. Pupae do not feed. Instead, they use this time to transform into adults. For a period of one month, the pupae develop adult features, such as wings and antennae. Once fully transformed, sexually mature adult botflies emerge and begin the life cycle over again.
Life Cycle Completion
Like pupae, adult botflies do not feed. Newly emerged from their pupal cases, the adult botflies have sensitive antennae to make up for their poor vision. Male and female adults depend on their sensitive antennae to find each other and mate. During summer and fall, adult females seek hosts for their eggs, whether they catch a fly or mosquito and transfer their eggs to them, or directly attach their eggs to warm-blooded mammals such as cattle, rabbits, sheep and horses.