A basic overview of viruses:

Viruses are not made up of cells, so they are not considered "alive" by the current convention. However, viruses are extremely sophisticated and have been successfully reproducing, adapting and evolving for billions of years.

With so little space, it is no wonder that they must rely on invading a host cell in order to reproduce. Viruses invade a host cell and then hijack the cell's reproductive machinery in order to make copies of itself.

The Discovery of Viruses

When a mixture is filtered, the filter retains the solid particles that are larger than the pores of the filter, while everything else, including liquid, travels through the filter. The liquid portion that goes through the filter is called the FILTRATE. The filtrate can then be tested for the presence of the disease-causing agent. 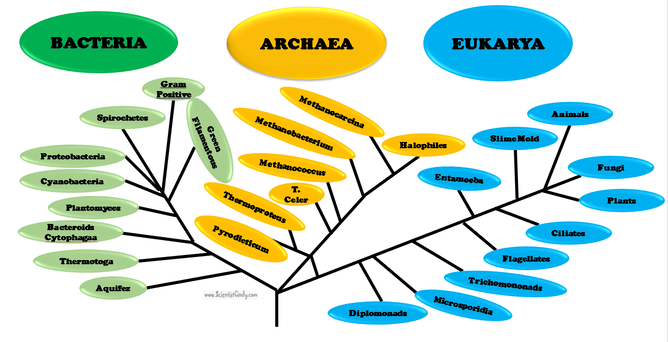 Viruses attack organisms in all 3 domains of life. Viruses can be classified by according to the type of organism that they invade. For example, there are animal viruses, plant viruses and bacterial viruses called bacteriophages.
Capsids
Capsid = Protein shell built from capsomere proteins.
Viral Envelopes are composed of a phospholipid bilayer with protein stolen from the host’s membrane. 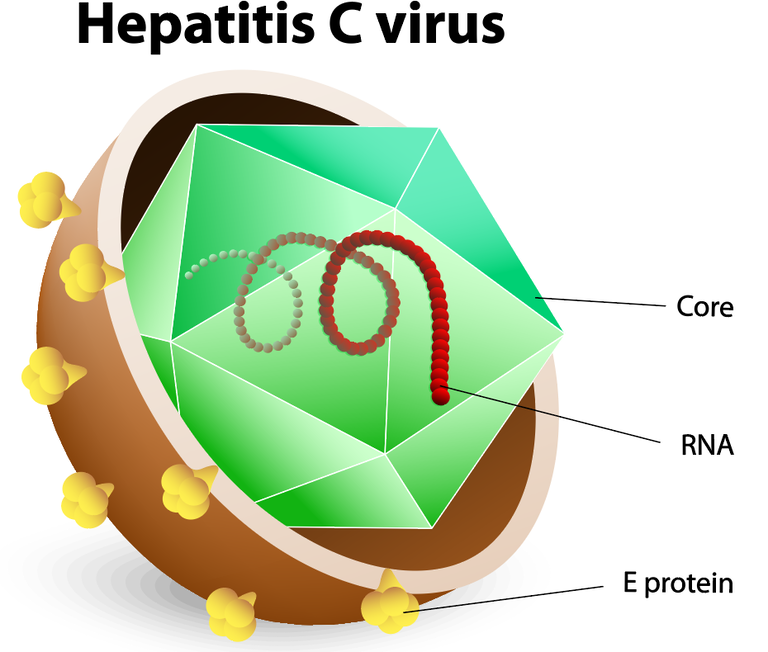 Many animal viruses have an additional layer of protection in the form of viral envelopes. These viral envelopes surround and protect the capsid. Viruses usually obtain the viral envelopes by stealing portions of the cell membranes of cells they have infected in the past.

These pieces of membranes contain markers (proteins) that disguise the virus.  When the cells of the immune system inspect the envelope of the virus, they then find the same membrane proteins as the host cell.  The immune system is often tricked into thinking the virus belongs in the host, and leaves it alone!

Capsid Shapes
Capsids give viruses their shape. Viruses are seen in a wide variety of shapes, but most often the shape will have a high degree of symmetry. The types of symmetry displayed most often by viral capsids are helical and icosahedral.

Icosahedral capsid symmetry is the most economical way to assemble a symmetric capsid using nonsymmetrical protein molecules. In viruses with icosahedral shapes, the capsid takes on a 20-sided rounded shape containing 20 identical triangular-shaped faces. Each of the 20 faces shaped like a triangle is composed of the same number of capsomeres. 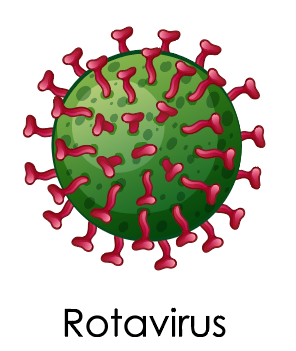 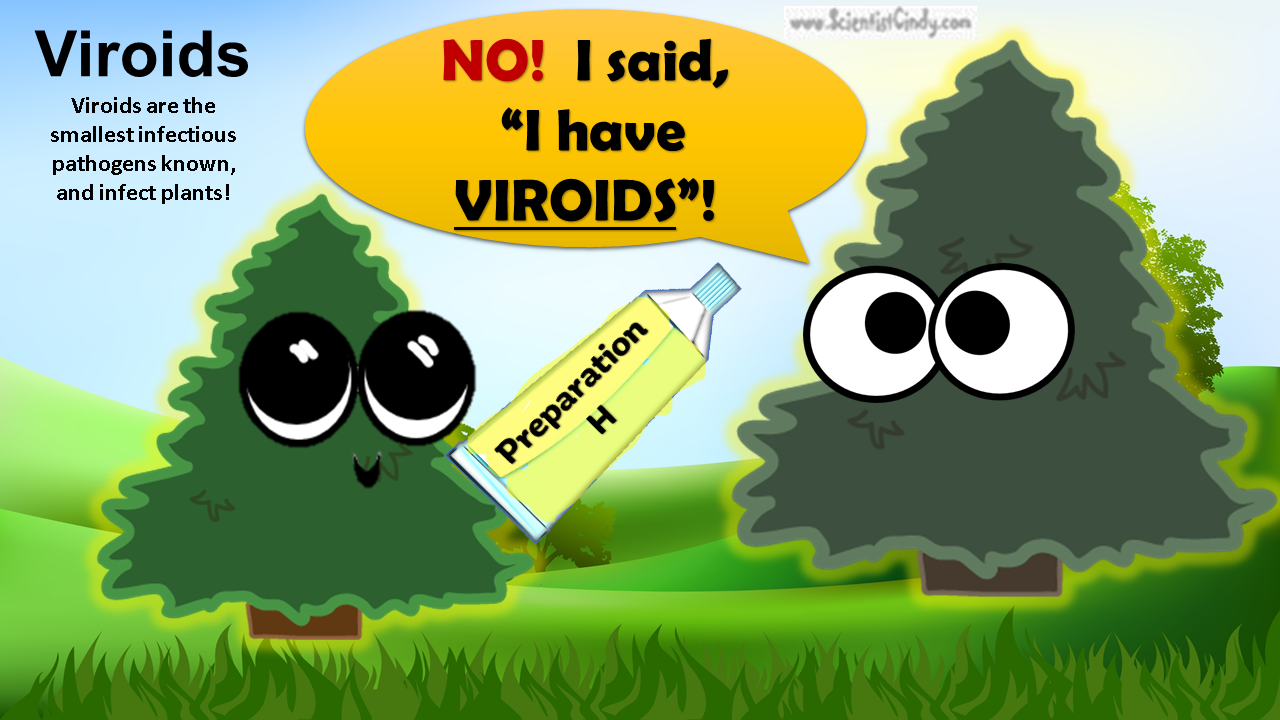 Many of you may remember the "mad cow epidemic" that reached its peak in 1993. Hundreds of thousands of cattle became ill, putting a halt on meat production in Europe. 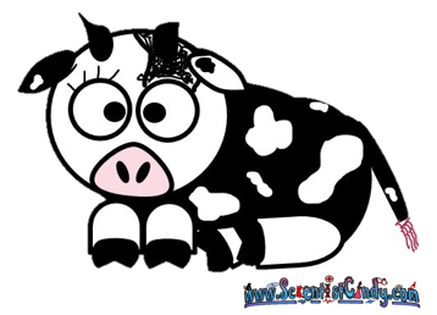 Prions are proteins that interfere with the normal protein folding. When prions are present in the brain, the proteins of the brain to fold abnormally. The abnormal folding completely alters the protein's function.
Prion diseases can affect both humans and animals. Prions can be passed from animals to humans by consuming the meat of infected animals. The most common form of prion disease that affects humans is Creutzfeldt-Jakob disease (CJD), or more commonly known as "mad cow" disease. .
"Mad cow" disease is a progressive neurological disease caused by a prion.  Prions are known as "proteinaceous infectious particles".  Prions are proteins that cause a group of diseases known as TSEs (Transmissible Spongiform Encephalopathies). 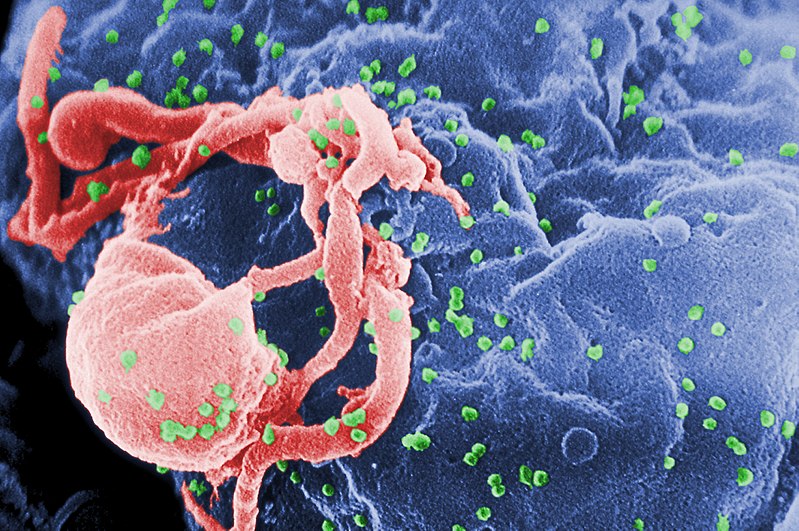 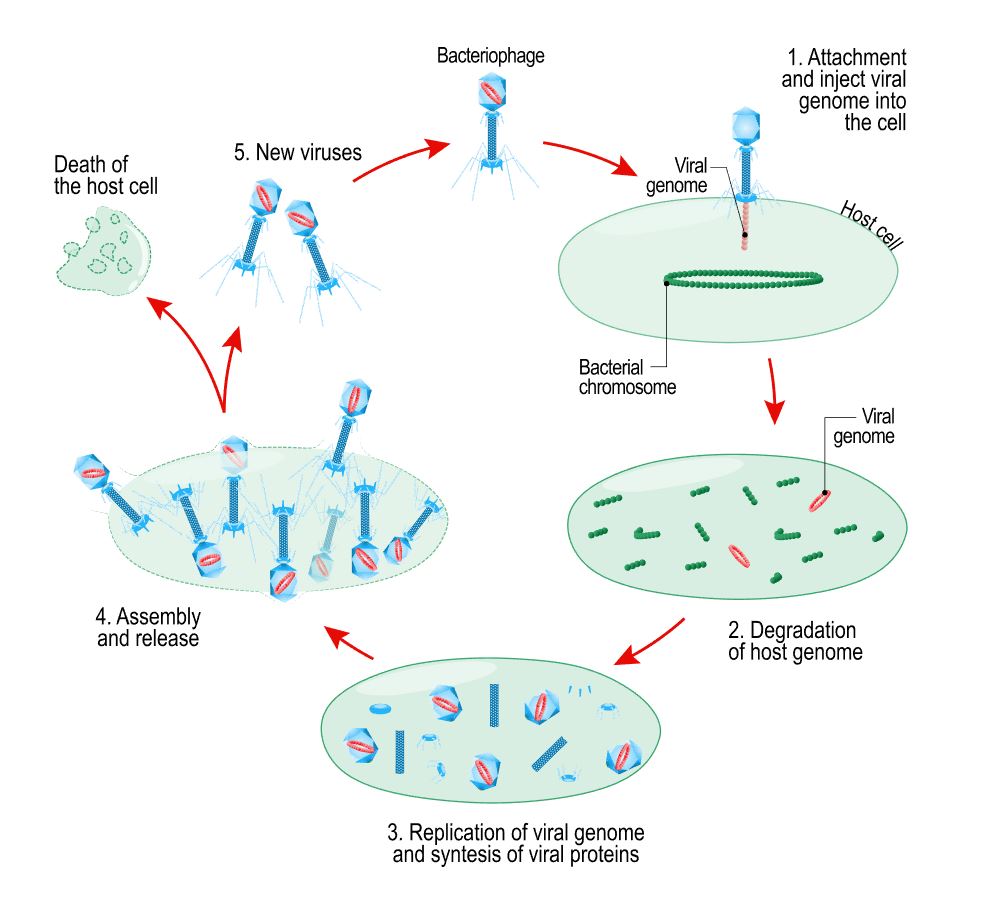 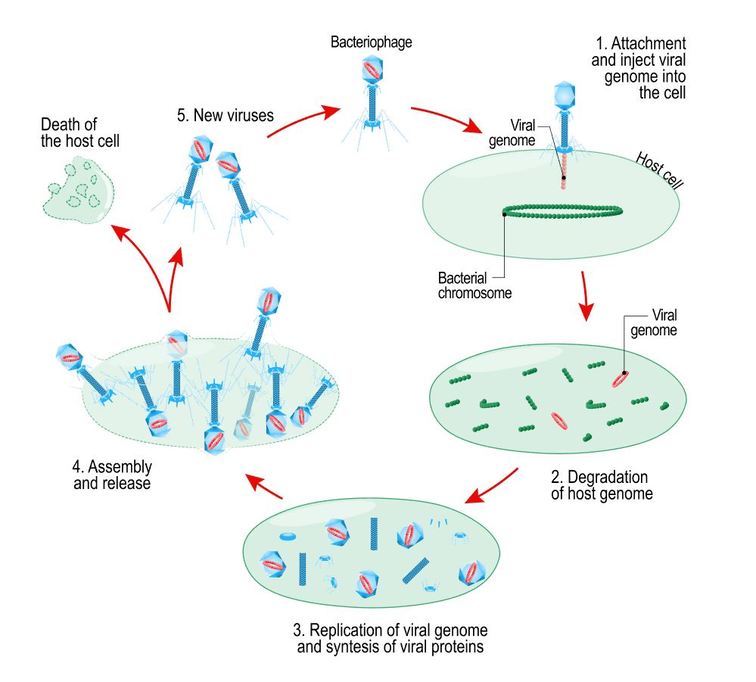 ATTACHMENT - The virus must recognize the host cell and bind to its receptor using viral attachment protein. Different types of viruses will only be able to recignize and bind to specific receptors. 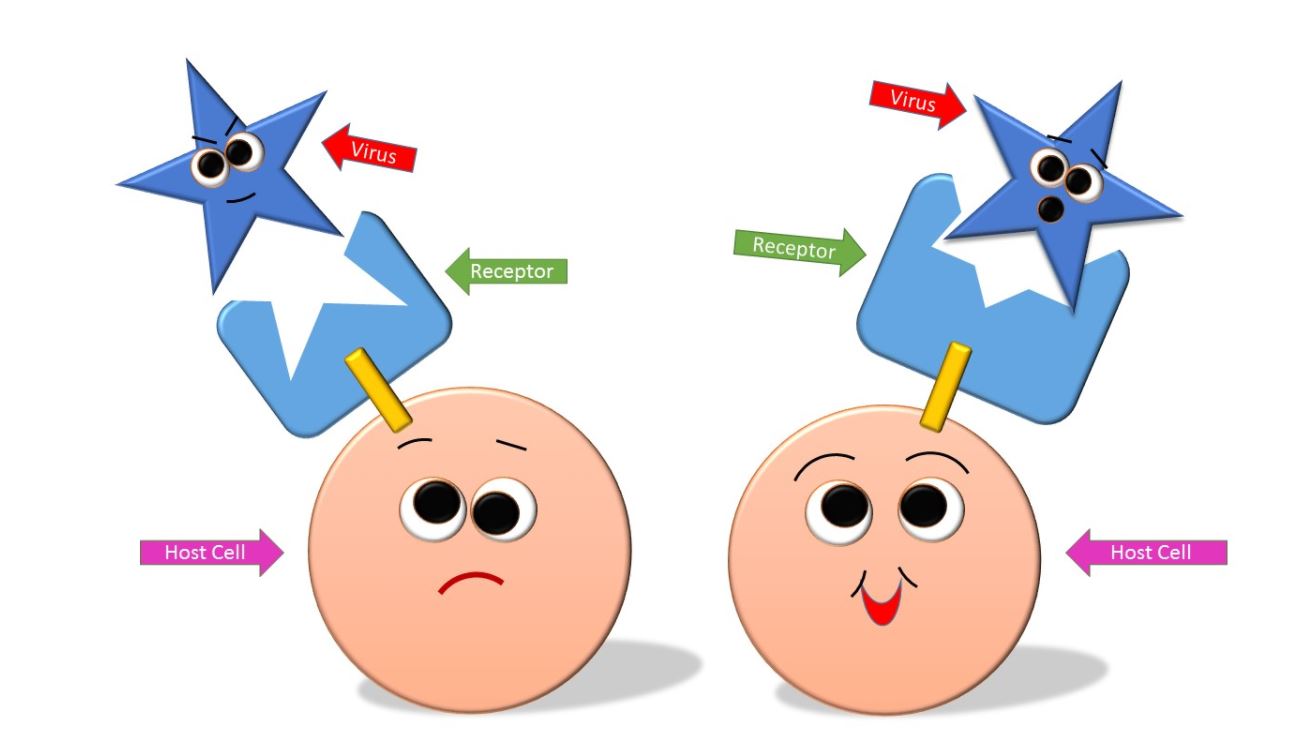 Viruses are host-specific. The specific type of viral attachment protein must fit (like a key) with the host receptor (like a lock). 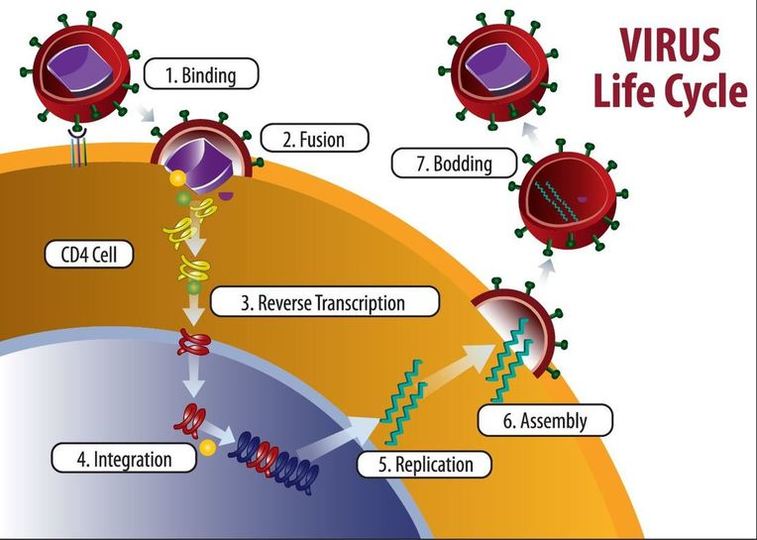 Retroviruses contain reverse transcriptase (RNA-dependent DNA polymerase). Retroviruses contain RNA as their genetic material. Upon the infection of a host cell, the viral RNA is used as a template to form DNA through the use of reverse transcriptase. The resulting viral DNA will then integrate itself into the genome of the host cell. Now, every time the host cell replicates, it will also replicate the viral DNA, which is used to assemble viral progeny. The viral progeny can then exit the host cell via budding and go on to infect a new cell, thereby repeating the retrovirus life cycle.

Retroviruses convert RNA to DNA. This is basically the reverse of normal transcription process, which would make RNA by using DNA as a template.