Introduction to the CELL

Organelles and Structures of the CELL

The Cell Membrane is selectively permeable due to its structure. The cell membrane is made up of a phospholipid bilayer.

VESICLES
Vesicles perform a variety of functions, including transport, metabolism, and temporary storage.
A vesicle is basically a small circular piece of the cell membrane. It may have come from the cell membrane directly, as in endocytosis, or can be generated from membranes of membrane-bound organelles. The function of vesicles in the cell is transportation.
​Vesicular transport is a vital part of the cell's function.

Vesicular Transport
exocytosis = secretion  = from inside to outside
endocytosis = uptake  = from outside to inside
​
Endocytosis
Brings Things INTO the Cell.
"Endo-" means "inside". "Cyto-" means "cell". The suffix (or the last part of the term) is "-osis" which means "a process". So, the word endocytosis, is literally the process by which the cell takes contents from the extracellular fluid and brings it INSIDE the cell.
TIP:  By breaking scientific terms down into their Greek and Latin roots, the name gives us the function! This is a great thing to know when you 'blank out' on that exam question!  Endocytosis is the process by which contents from the extracellular fluid are taken up INTO the cell through a mechanism that involves the cell membrane essentially "pinching off" part of itself to form a vesicle ​that surrounds the particles being transported into the cell.

Exocytosis
Moves Things OUT OF the Cell.
"Exo-" means "outside". "Cyto-" means "cell". The suffix (or the last part of the term) is "-osis" which means "a process". So, the word exocytosis, is literally the process by which the cell transports contents from the inside to OUTSIDE the cell.  Exocytosis is when a vesicle from inside the cell fuses with the membrane and the contents are released into the extracellular fluid.

DNA stands for deoxyribonucleic acid. It is the "instruction manual" for the cell. The primary function of the DNA is to provide the instructions for protein synthesis to the cell through the processes of transcription and translation. ​

Ribosomes
The Main Function of a Ribosome is to Be the Site of Protein Synthesis.
After the ribosome is assembled (made) in the nucleolus, it leaves the nucleus. Some ribosomes will end up as "free ribosomes" that remain unattached in the cytosol. Other ribosomes will attach to the nearby Rough Endoplasmic Reticulum.

The Rough Endoplasmic Reticulum (The Rough ER)
The Main Functions of the rough ER is to hold the Ribosomes and act as a passageway for proteins to go from the ribosomes to the Golgi Body/Apparatus..
The rough ER gets its name from its 'bumpy' or 'rough' appearance  due to ribosomes that are attached to it. In the rough ER, ribosomes are assembled in the nucleolus and then exit the nucleus. Some of these ribosomes then attach themselves to the rough endoplasmic reticulum, where they will act as a "site of protein synthesis" for the cell. ​

The Smooth Endoplasmic Reticulum ​(The Smooth ER)
The smooth ER's main function is to make lipids. and hormones..
The smooth endoplasmic reticulum (Smooth ER) appears smooth in comparison to the rough ER. This is because the smooth ER does not have ribosomes bound to it.

Lysosomes
The lysosomes digest and recycle the non-harmful materials in the cell.
Lysosomes contain enzymes that break down macromolecules such as nucleic acids, proteins, and polysaccharides.

Peroxisomes
The peroxisomes detoxify the cell by breaking down toxins and other potentially harmful materials in the cell.

Cytoskeleton - acts as bones of the cell. Provides structure and separates chromosomes during cellular division.

CYTOSOL / Intracellular Fluid / Cytoplasm - LIQUID OF THE CELL THAT LIES INSIDE OF THE CELL MEMBRANE, AND OUTSIDE THE NUCLEUS

Cell Wall
All plant cells have a cell wall which gives them an added layer of protection. The cell wall protects plant cells from environmental conditions, most importantly, osmotic pressure.

Summary of Structure and Function of ORGANELLE or STRUCTURE
NUCLEUS - HOLDS THE DNA, which acts as the INSTRUCTION MANUAL of the cell
NUCLEOLUS - MAKES RIBOSOMES
CELL/PLASMA MEMBRANE - PROTECTION and REGULATION OF MEMBRANE TRANSPORT
MITOCHONDRIA - MAKES ATP WHICH IS THE ENERGY FOR THE CELL
ROUGH ENDOPLASMIC RETICULUM - Holds RIBOSOMES and acts as pathway fro proteins
SMOOTH ENDOPLASMIC RETICULUM - functions in LIPID PRODUCTION
PEROXISOME - DETOXIFIES CELL
LYSOSOME - DIGESTS or recycles UNWANTED SUBSTANCES
RIBOSOMES - THE SITE OF PROTEIN SYNTHESIS
NUCLEOPLASM - LIQUID OF THE NUCLEUS
NUCLEAR ENVELOPE - MEMBRANE AROUND THE NUCLEUS/"SKIN" OF NUCLEUS
VESICLES - TRANSPORTATION VEHICLES
CYTOSOL/Intracellular Fluid/Cytoplasm - LIQUID OF THE CELL  THAT LIES INSIDE OF THE CELL MEMBRANE, AND OUTSIDE THE NUCLEUS
CELL WALL - added protection surrounding all plant cells and some other organisms as well.

Mitochondria make the majority of ATP, which is used as energy for the cell.  In eukaryotic photosynthetic organisms, chloroplasts hold chlorophyll and structures needed for photosynthesis.

The Endosymbiotic Theory in a nut shell

All the mitochondria in your body was maternally inherited!

CHLOROPHYLL exists inside of specialized structures called CHLOROPLASTS which are in the leaves of plants.

Chlorophyll reflects green light and gives plants their green color. Chloroplasts most likely evolved as a result of a larger prokaryotic cell engulfing a photosynthesizing bacteria. This is the endosymbiotic theory. Some of the evidence that supports this theory is...
1) Chloroplasts have their own bacterial DNA in the form of a circular plasmid.
2) Chloroplasts have a double membrane.
3) Chloroplasts reproduce independently with the plant cell. 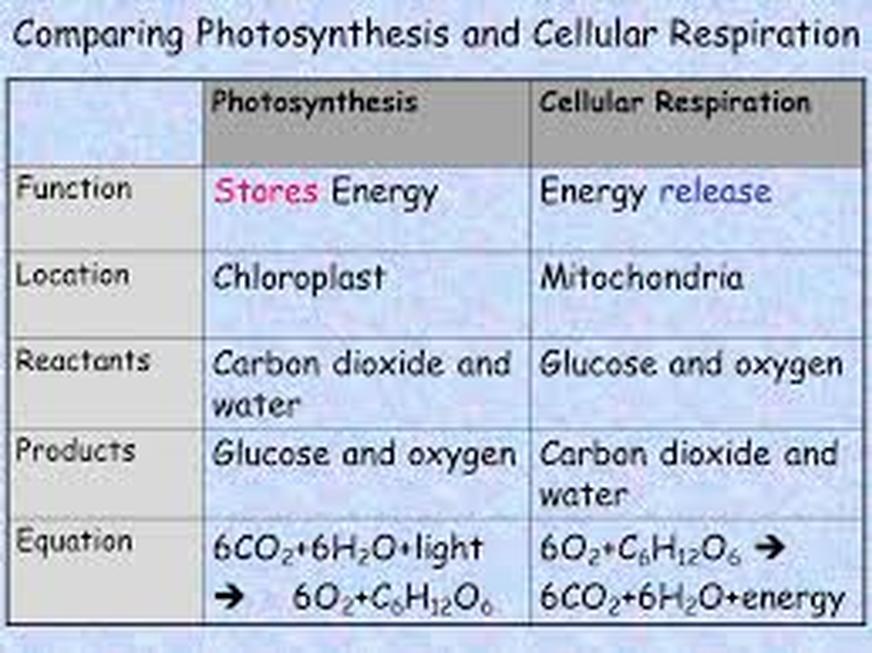